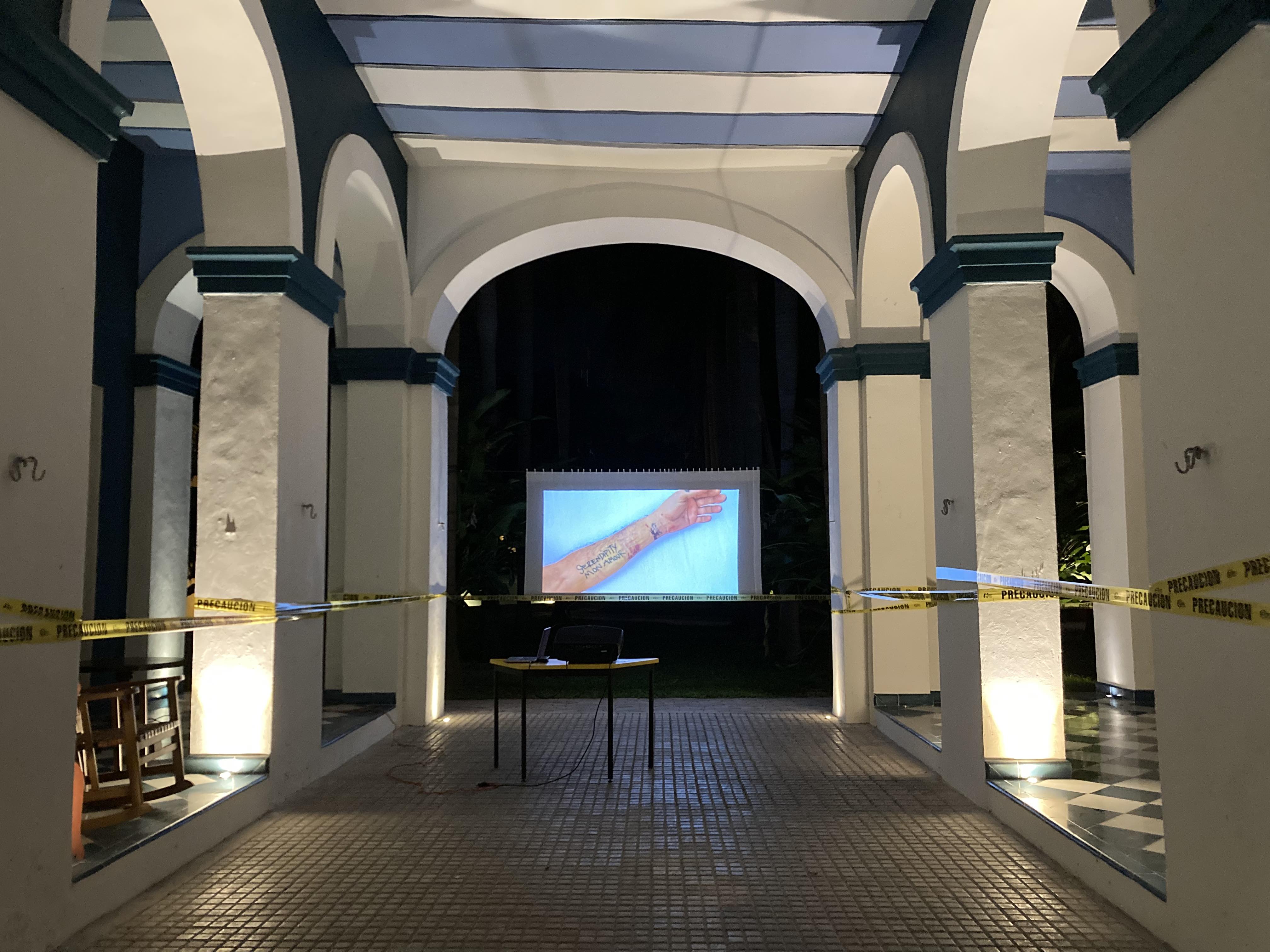 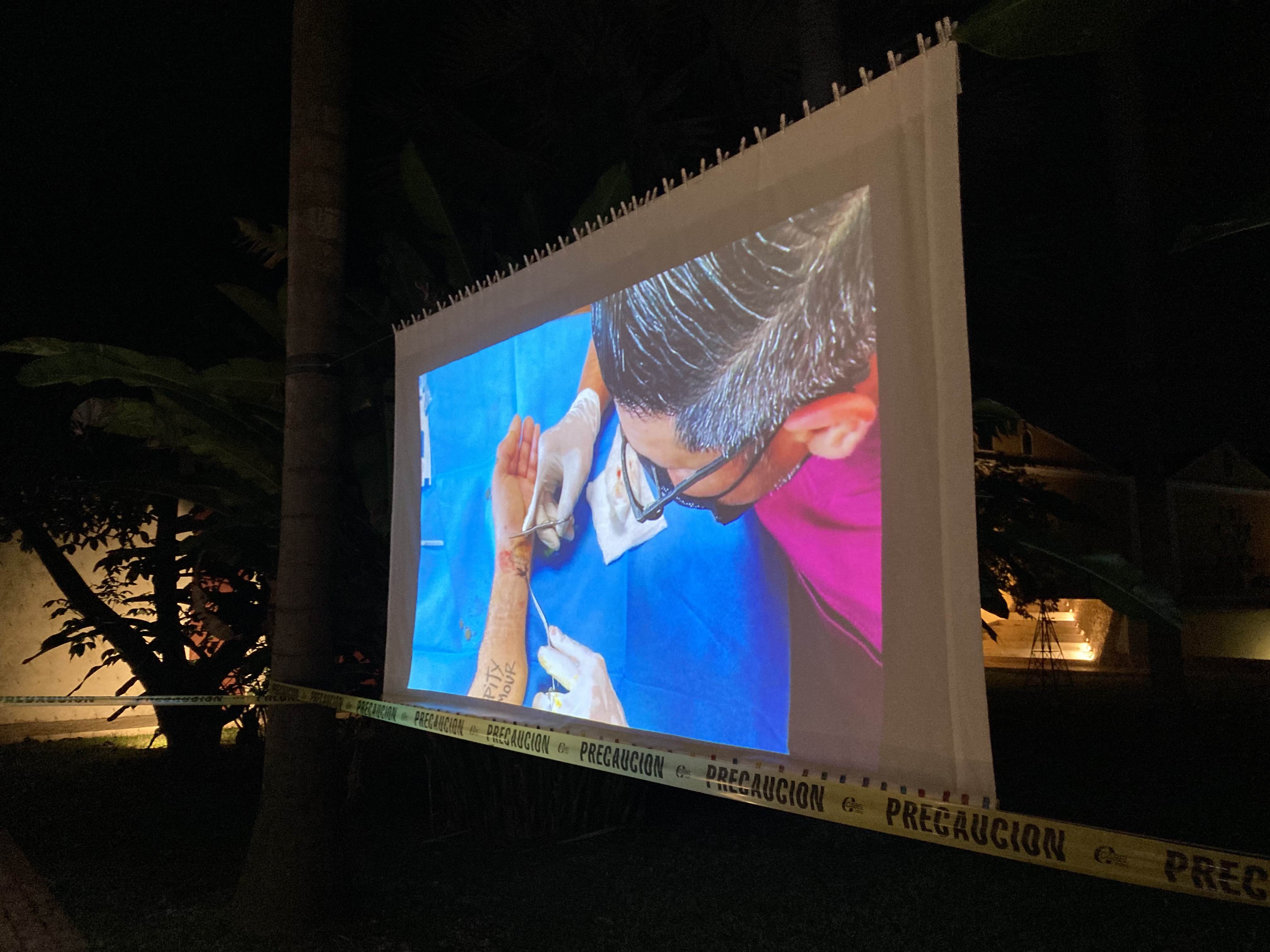 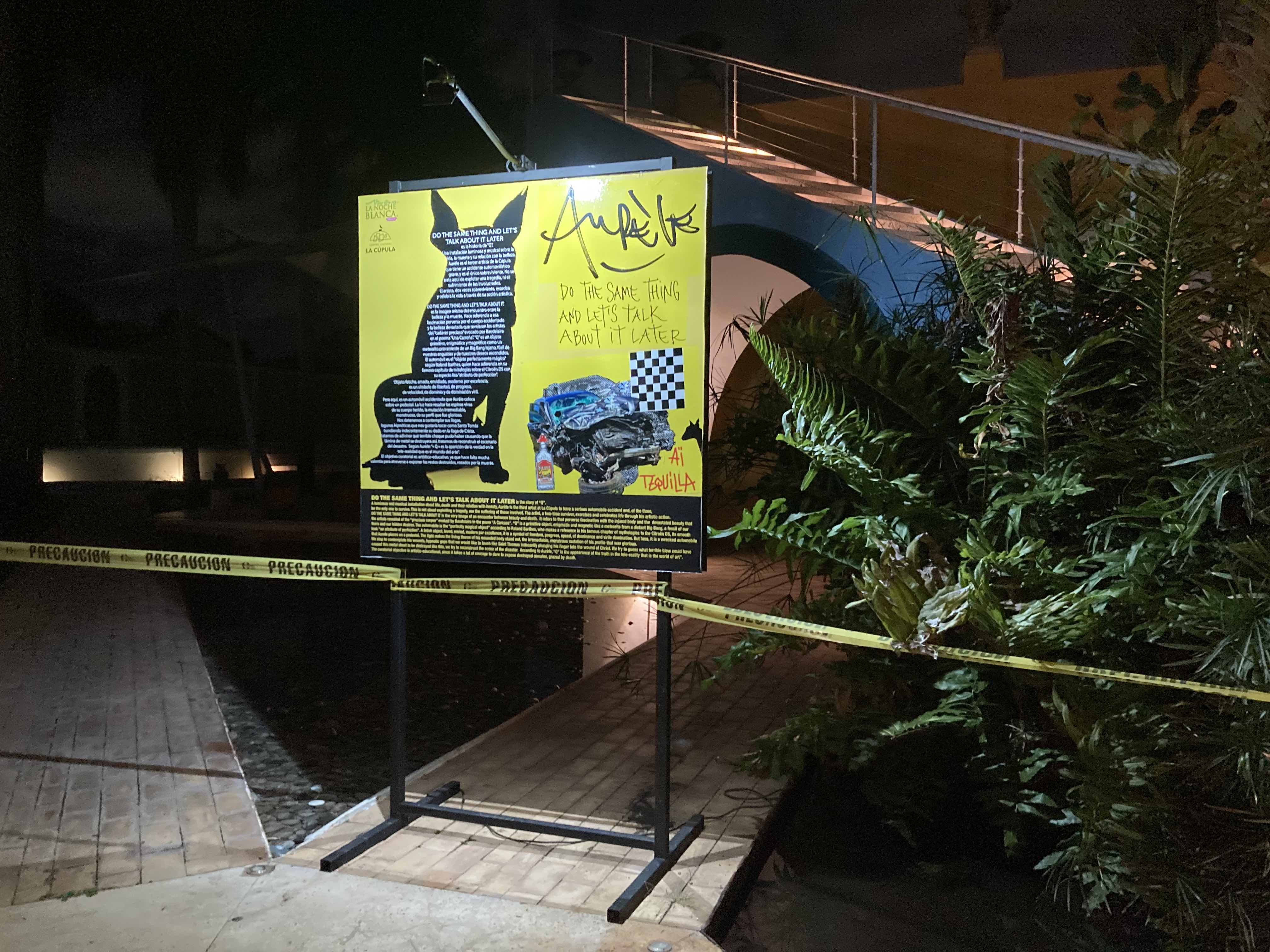 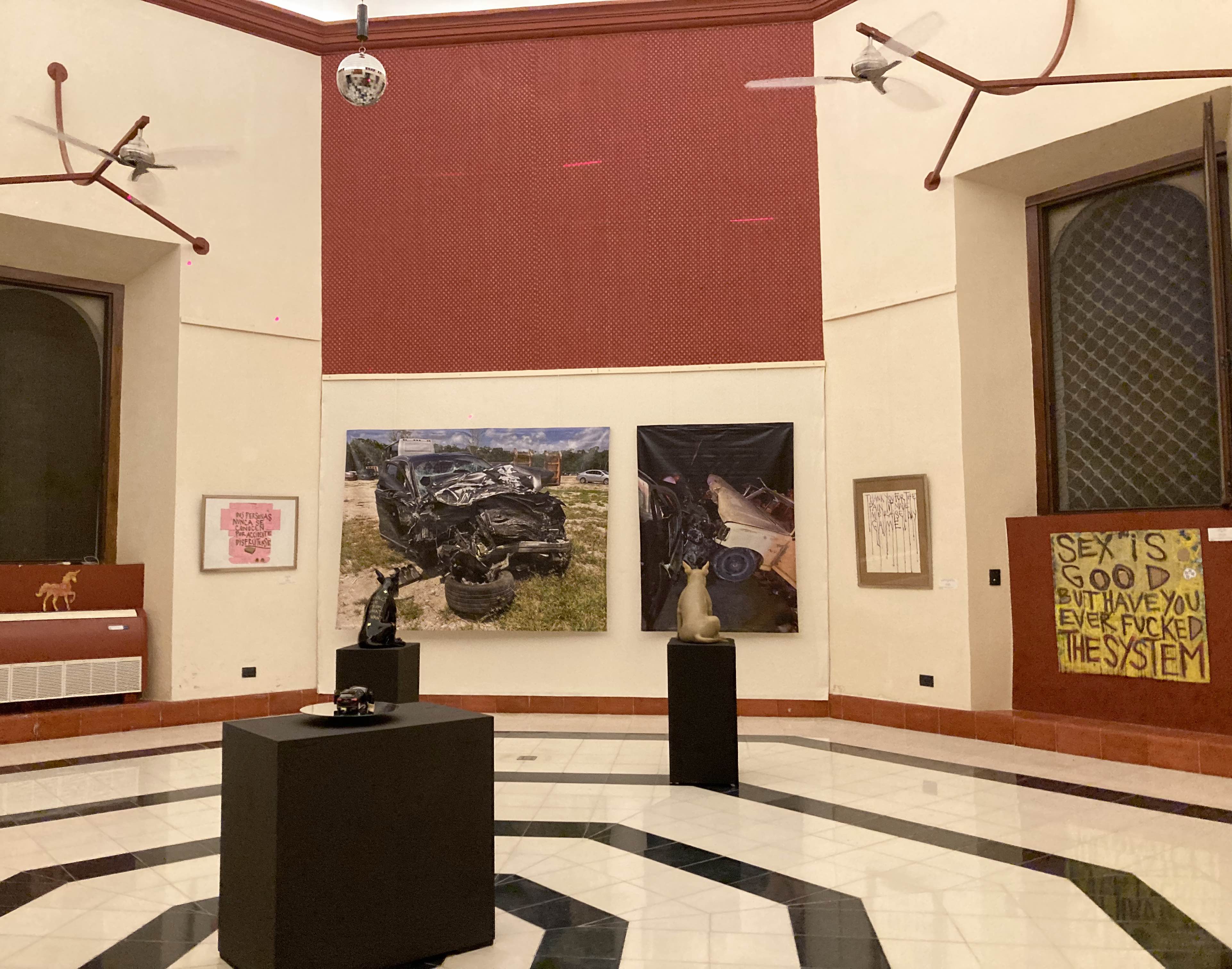 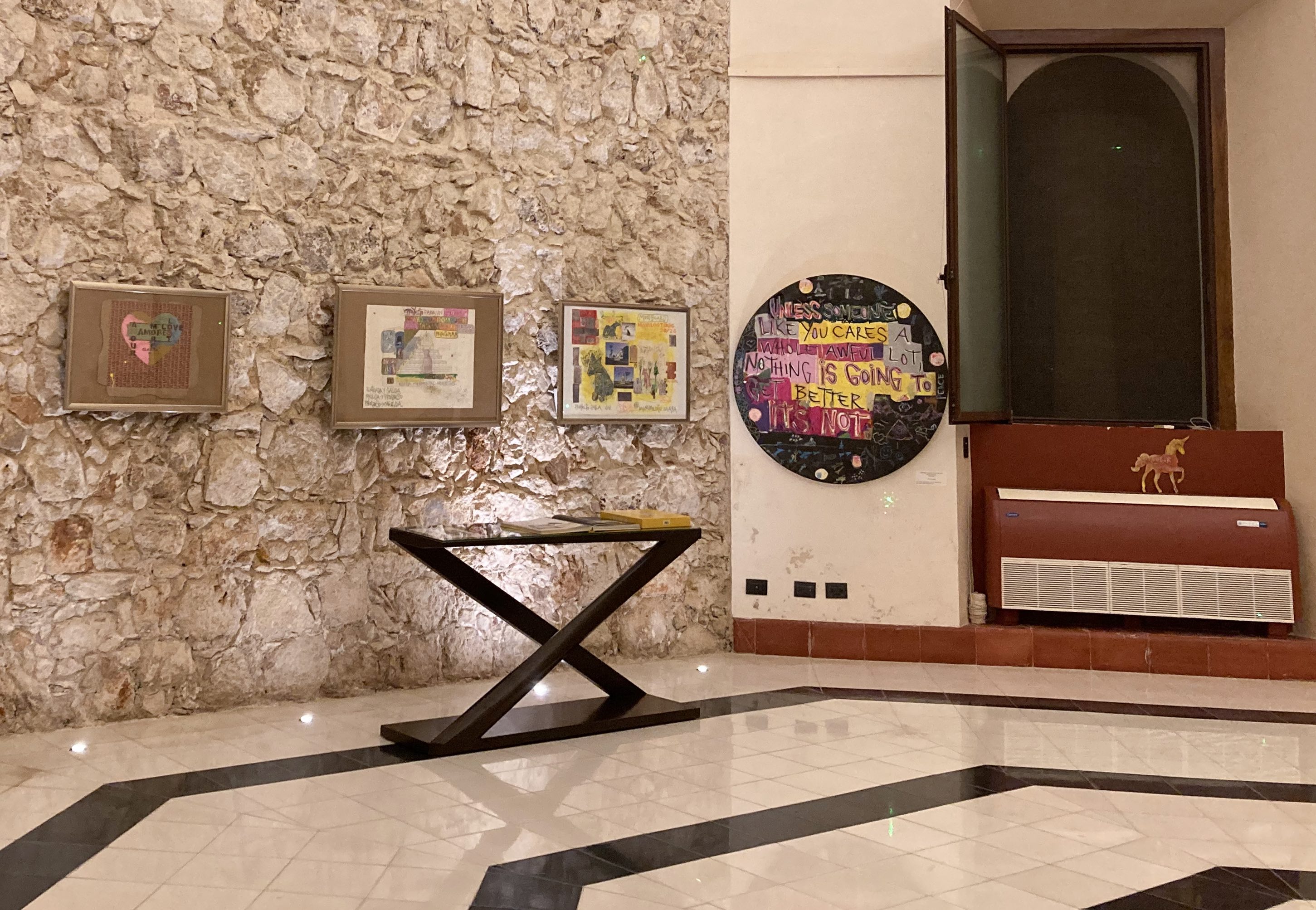 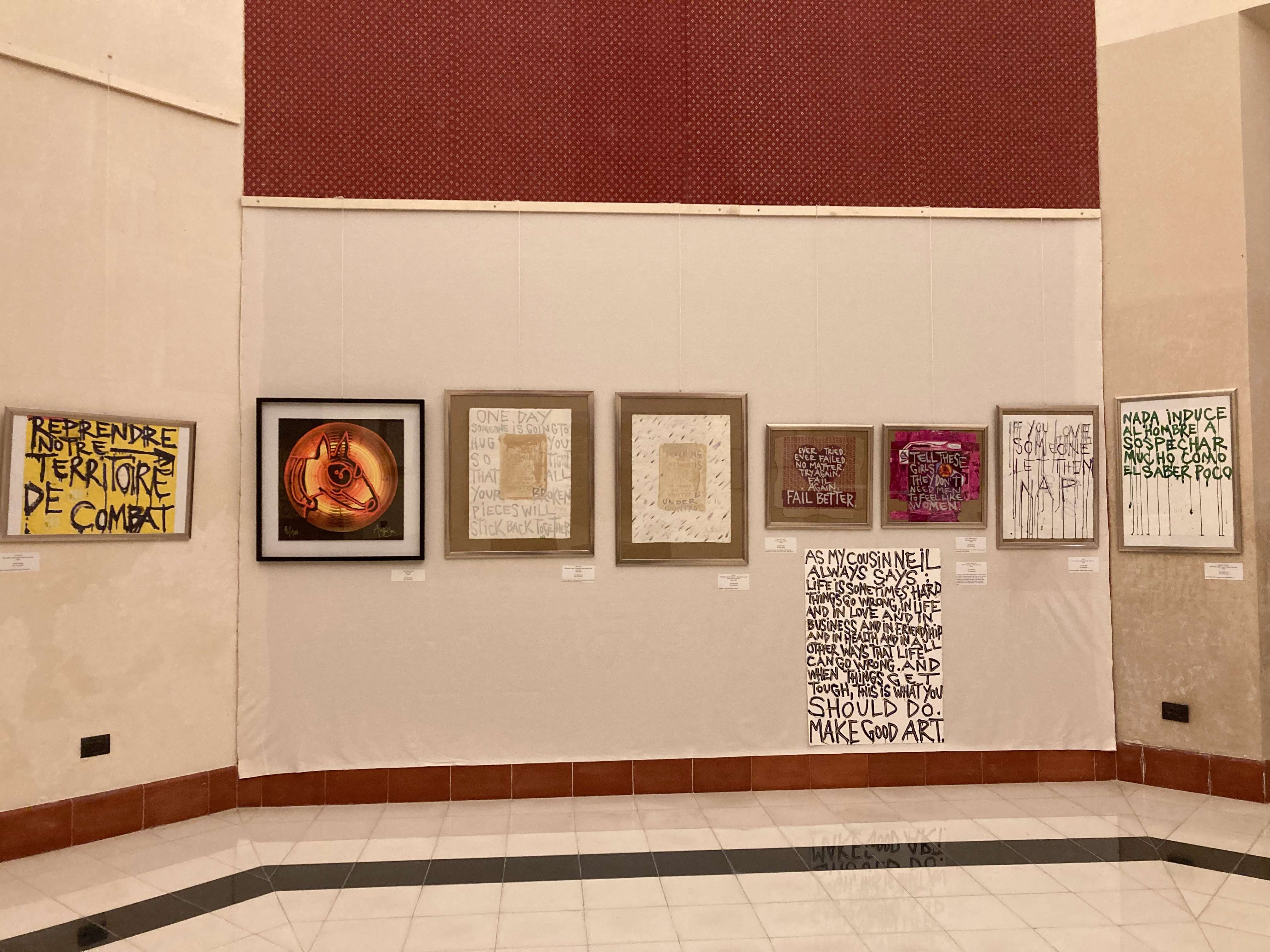 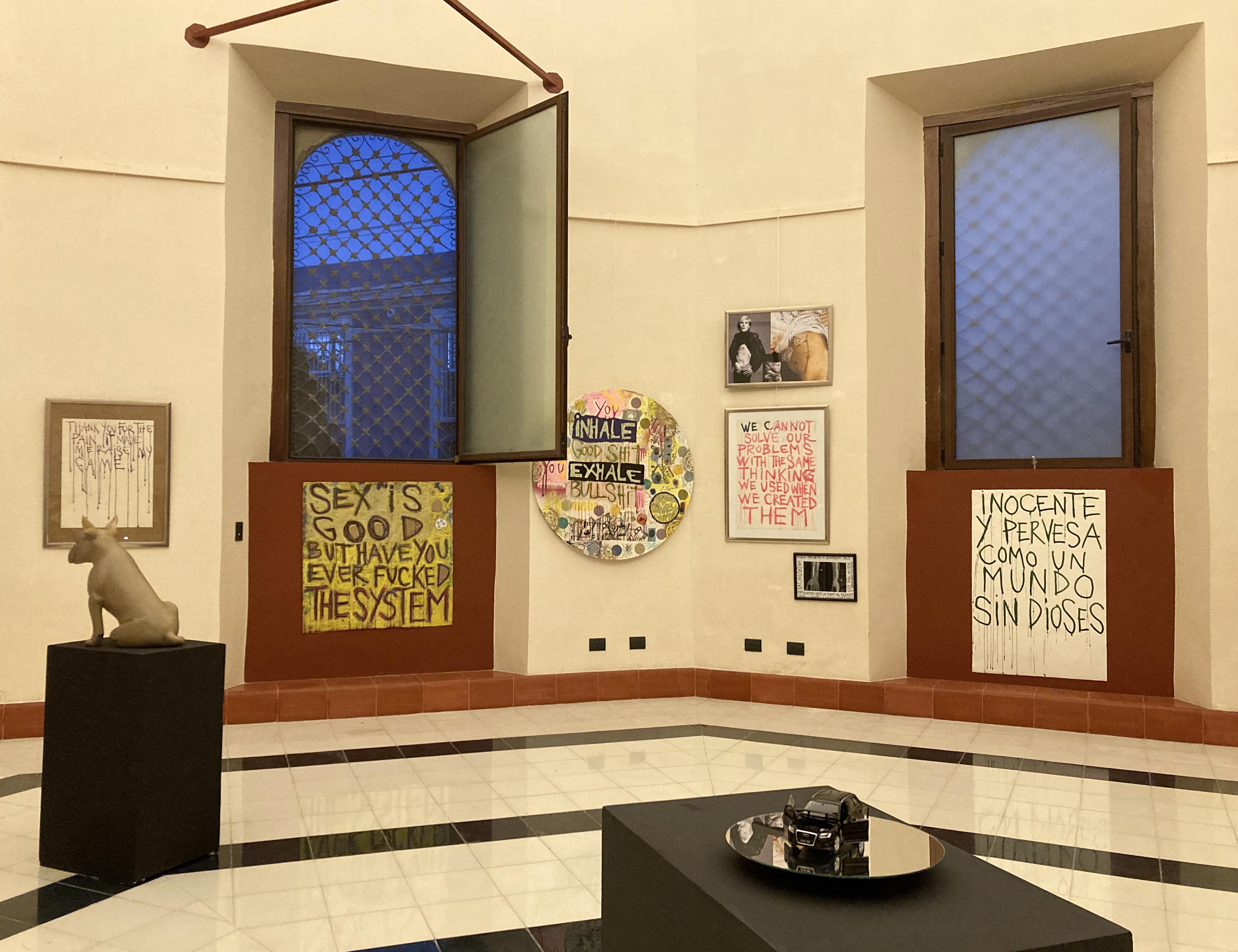 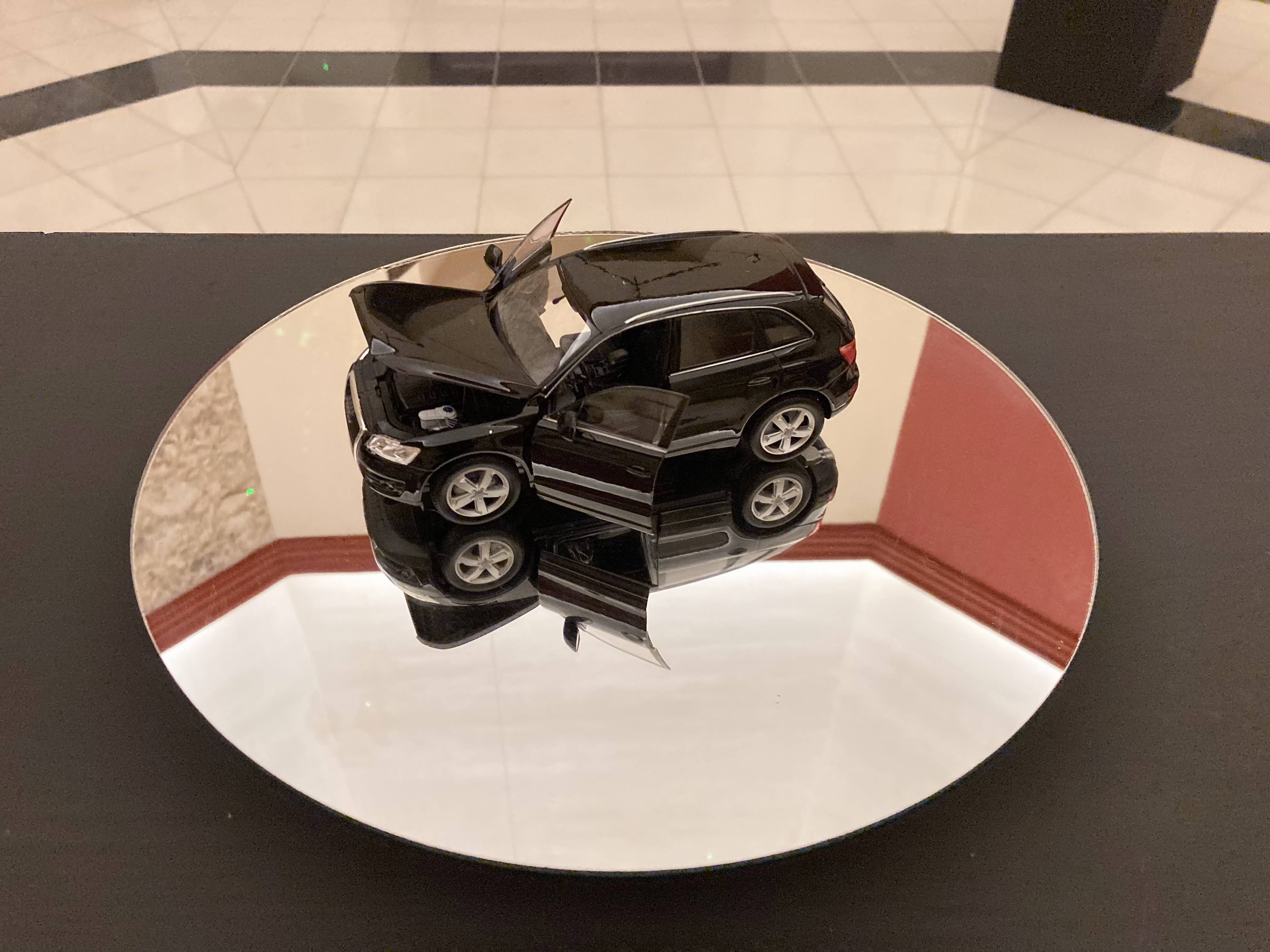 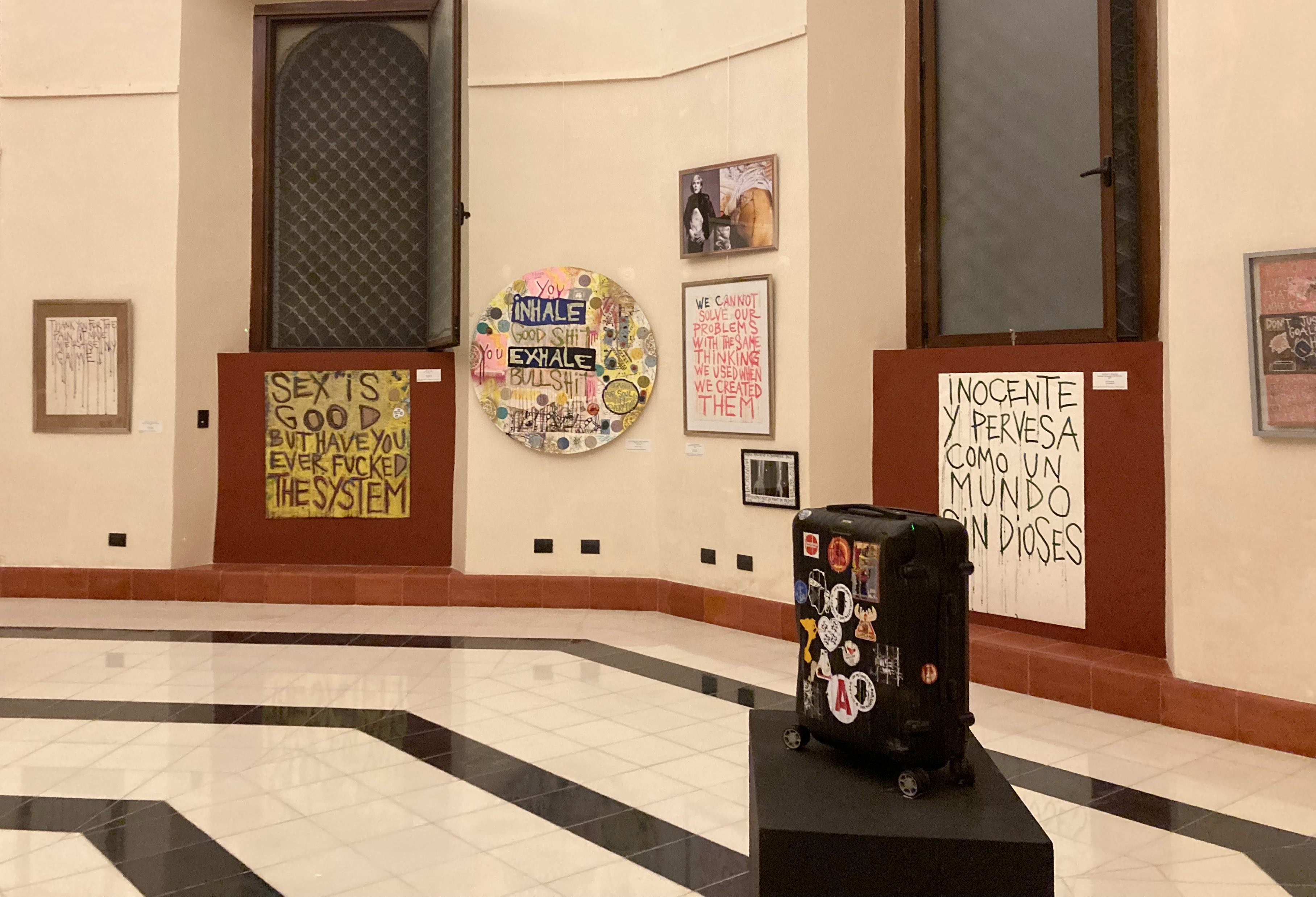 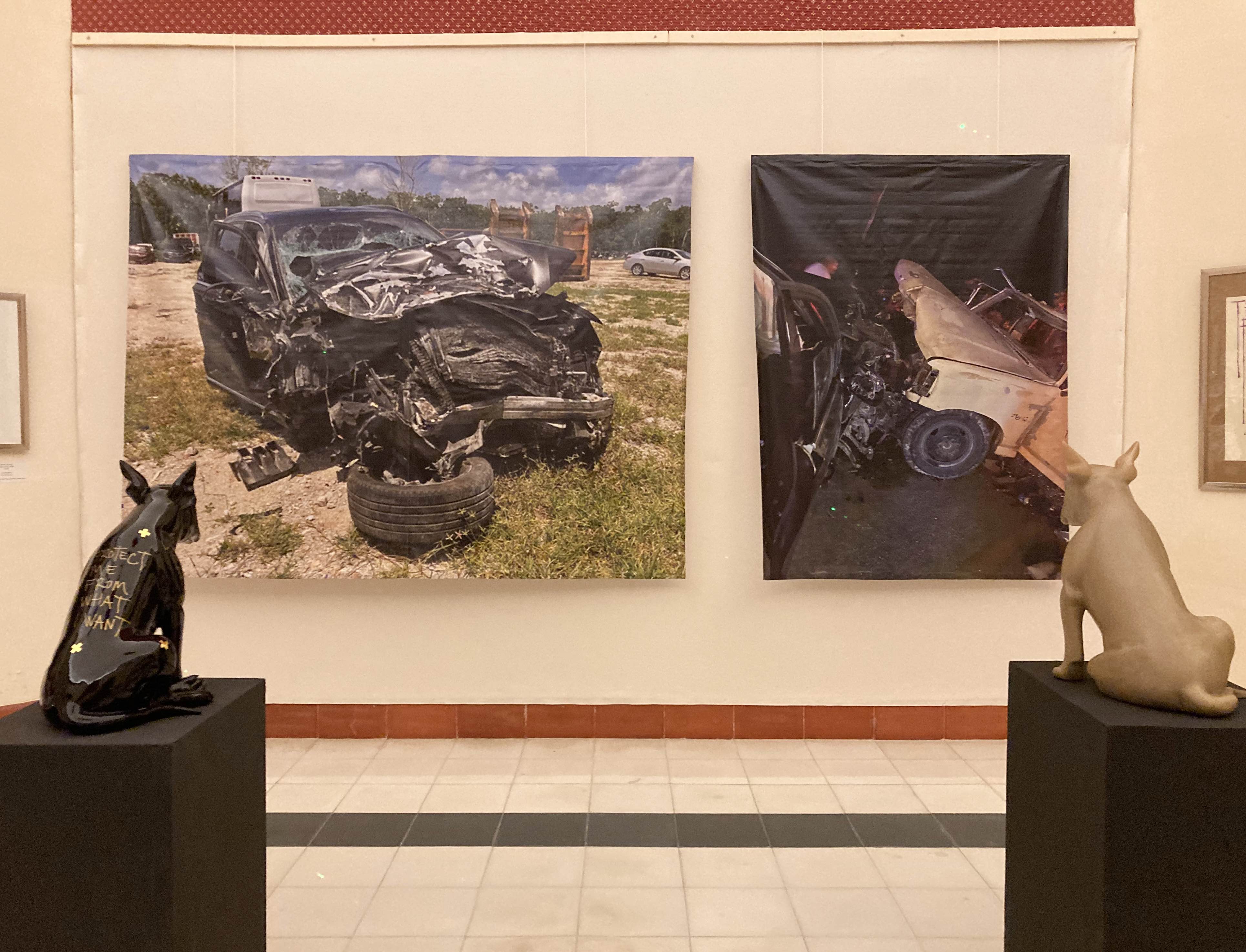 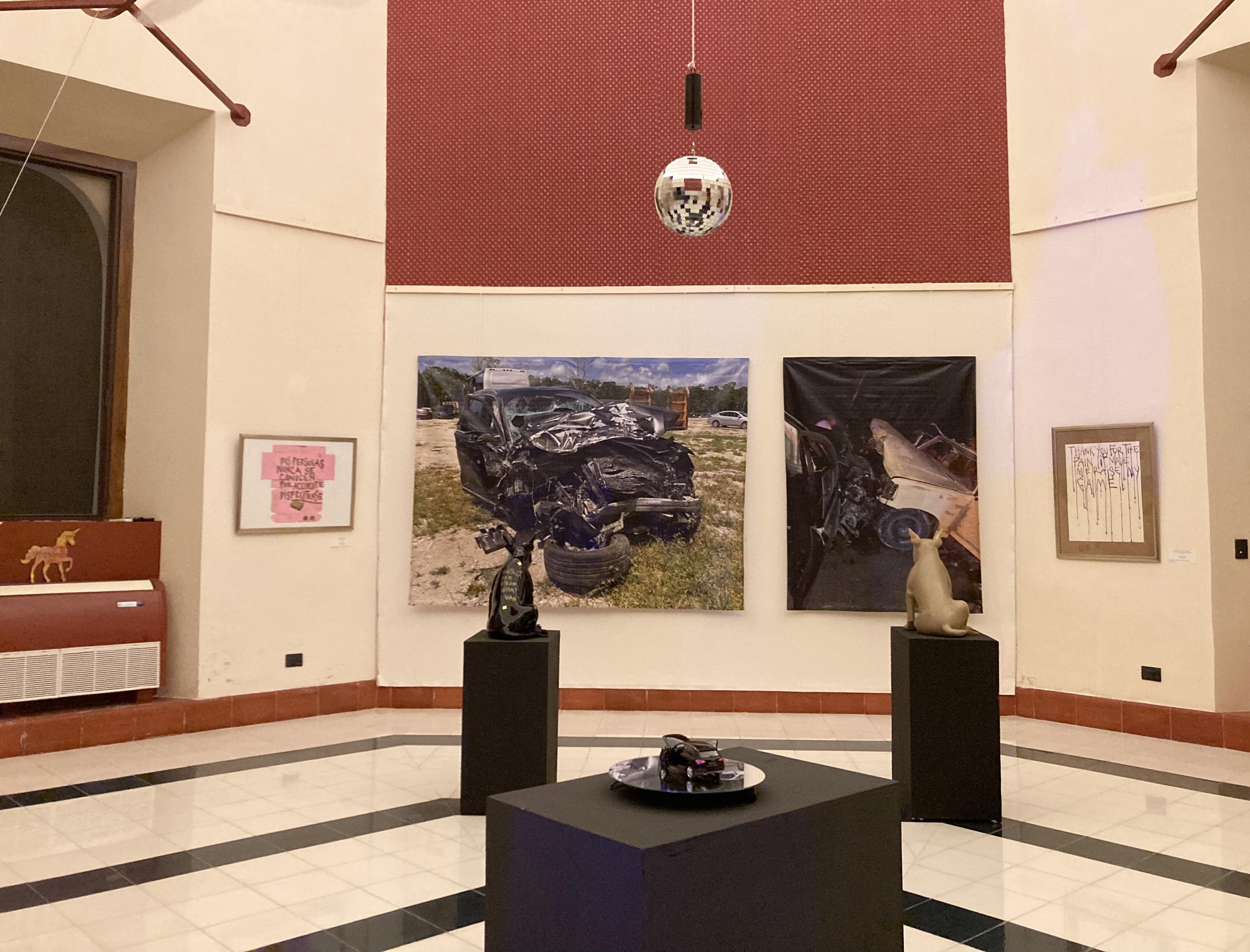 Do the same thing and let’s talk about it later

«Do the same thing and let’s talk about it later» is the story of “Q”.

A luminous and musical installation about life, death and their relation with beauty.  Aurèle is the third artist at La Cúpula to have a serious automobile accident and, of the three, be the only one to survive. This is not about exploiting a tragedy, nor the suffering of those involved. The artist, a two-time survivor, exorcises and celebrates life through his artistic action.

«Do the same thing and let’s talk about it later» is the very image of an encounter between beauty and death.  It refers to that perverse fascination with the injured body and the  devastated beauty that the artists revealed of the “precious corpse” evoked by Baudelaire in the poem “A Carcass”. “Q” is a primitive object, enigmatic and magnetic like a meteorite from a distant Big Bang, a fossil of our fears and our hidden desires. The automobile is the “perfectly magical object” according to Roland Barthes, who makes a reference in his famous chapter of mythologies to the Citroën DS, its smooth look “an attribute of perfection”. A fetish object, loved, envied, modern par excellence, it is a symbol of freedom, progress, speed, of dominance and virile domination.

But here, it is a wrecked automobile that Aurele places on a pedestal. The light makes the living thorns of his wounded body stand out, the irremediable, monstrous mutation of his profile that was glorious. We stop to contemplate his wounds, hypnotic gaps that we would like to touch like Saint Thomas indecently plunging his finger into the wound of Christ. We try to guess what terrible blow could have caused this metal sheet to be destroyed like this, we try to reconstruct the scene of the disaster.

According to Aurèle, “« Q » is the appearance of the truth in the tele-reality that is the world of art”.

The curatorial objective is artistic-educational, since it takes a lot of courage to dare to expose destroyed remains, grazed by death.