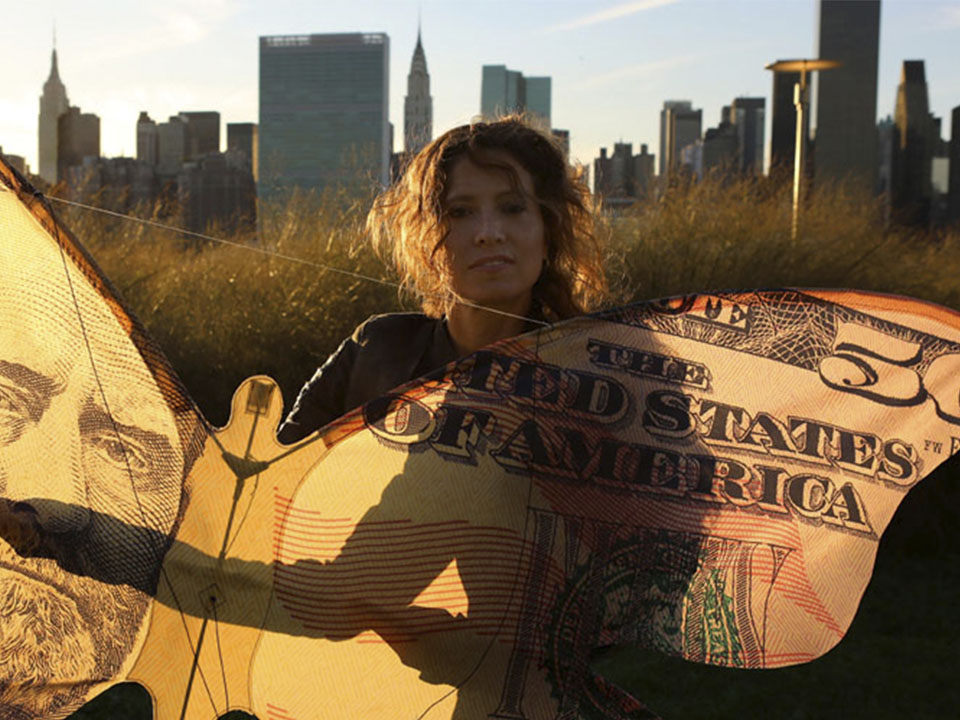 Born in Mexico City, Erika Harrsch has lived and worked in Mexico, Italy, Germany and since 2001 in New York. Her multidisciplinary art practice employs resources that include drawing, painting, photography, video, animation and installations as a scenario building based on elements in both artificial and natural environments. Presenting intimate aspects of the human condition, inviting and seducing the viewer to evidence their direct contact with reality through the sense of perception. For more than six years Harrsch has done research with an entomologist, immersing herself in the world of Lepidoptera. She has used butterflies in her work as a metaphor to address matters of identity, gender, nationality, migration and the relationship of human beings upon their own nature and fragility. These visual metaphors could be perceived through a plurality of perspectives, crossing and blurring boundaries to achieve a poetic image.

Harrsch has participated in several Art Biennials including: Fokus Lodz Biennale, Poland 2010; Beijing 798 Biennale, China 2009; and the 5th International Media Art Biennale-Media City Seoul; Korea 2008. Her work has been exhibited in solo and group exhibitions at galleries and museums in Mexico, USA, Brazil, Argentina, Korea, China, Belgium, Germany, Italy, Sweden, Spain, UK, Poland, Turkey and Syria. Presented in museums such as the Whitney Museum of American Art at the Live Whitney series, Bellevue Arts Museum, WA, the Göteborg Konstmuseum in Sweden, the Museé de la Photographie a Charleroi in Belgium and the Seoul Museum of Art in South Korea.

While developing a multidisciplinary practice, Harrsch created Bodymaps a video-animation with which participated in multimedia festivals and residencies worldwide, working in collaboration with the multidisciplinary company VisionIntoArt, cellist Jeffrey Zeigler of the Kronos Quartet and acclaimed composer Philip Glass.