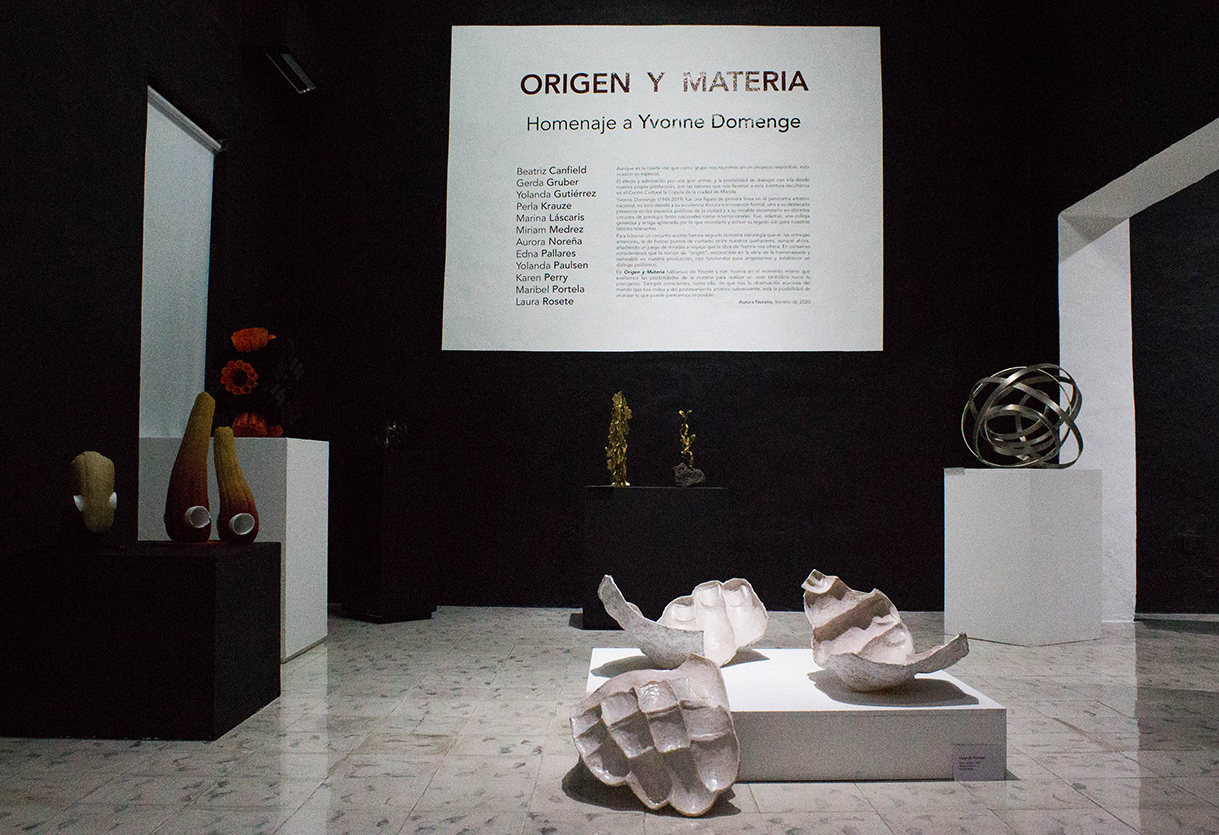 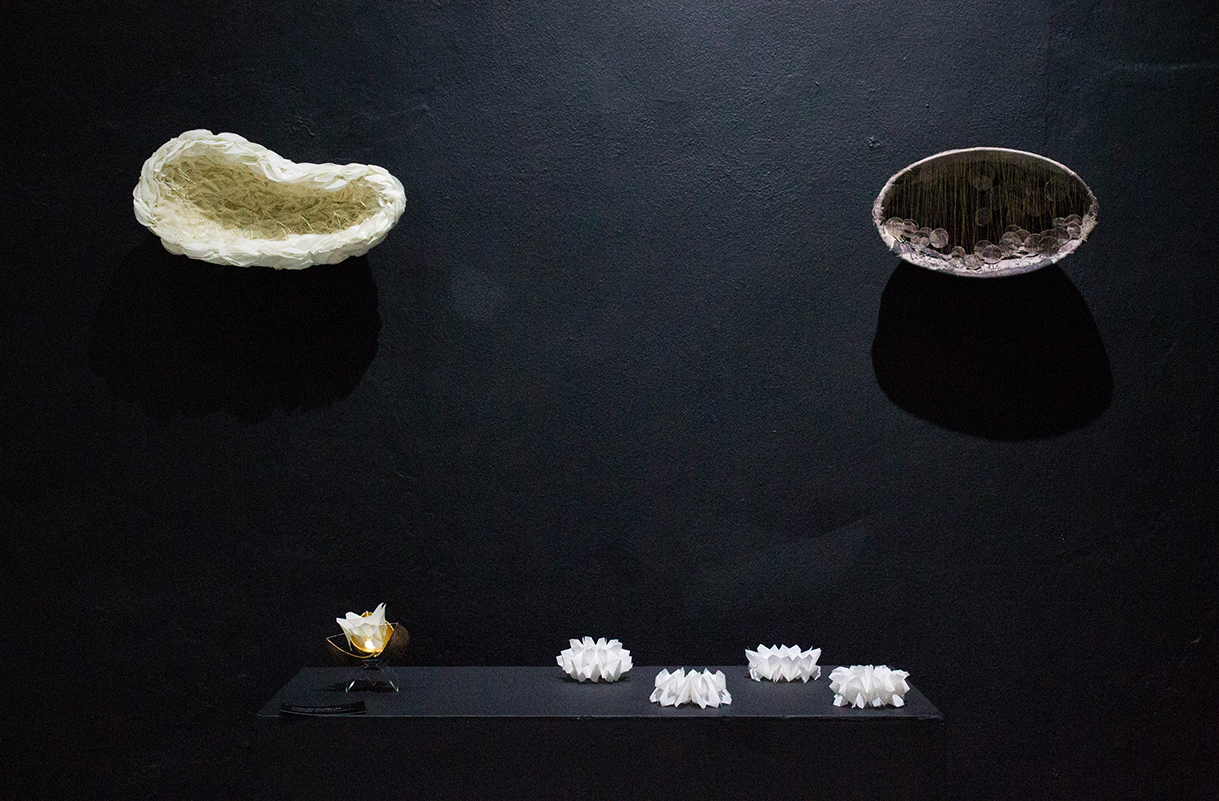 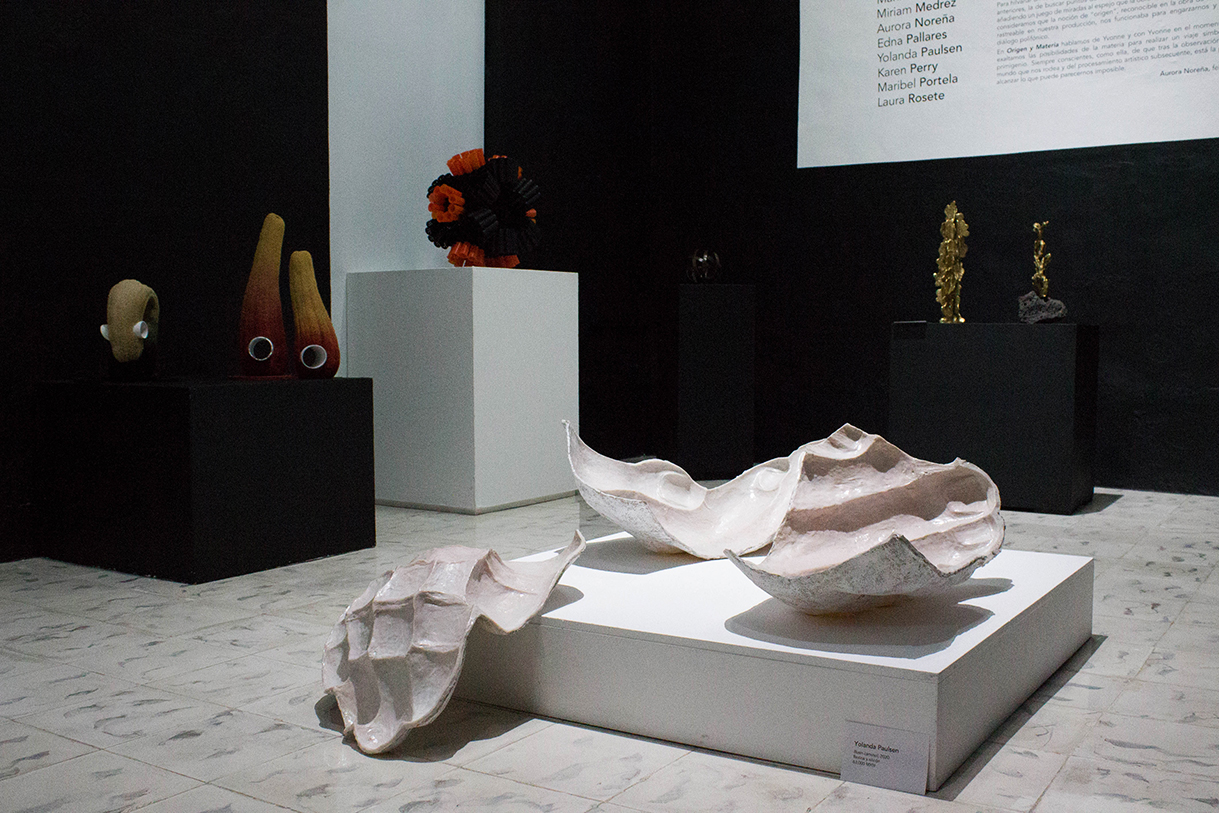 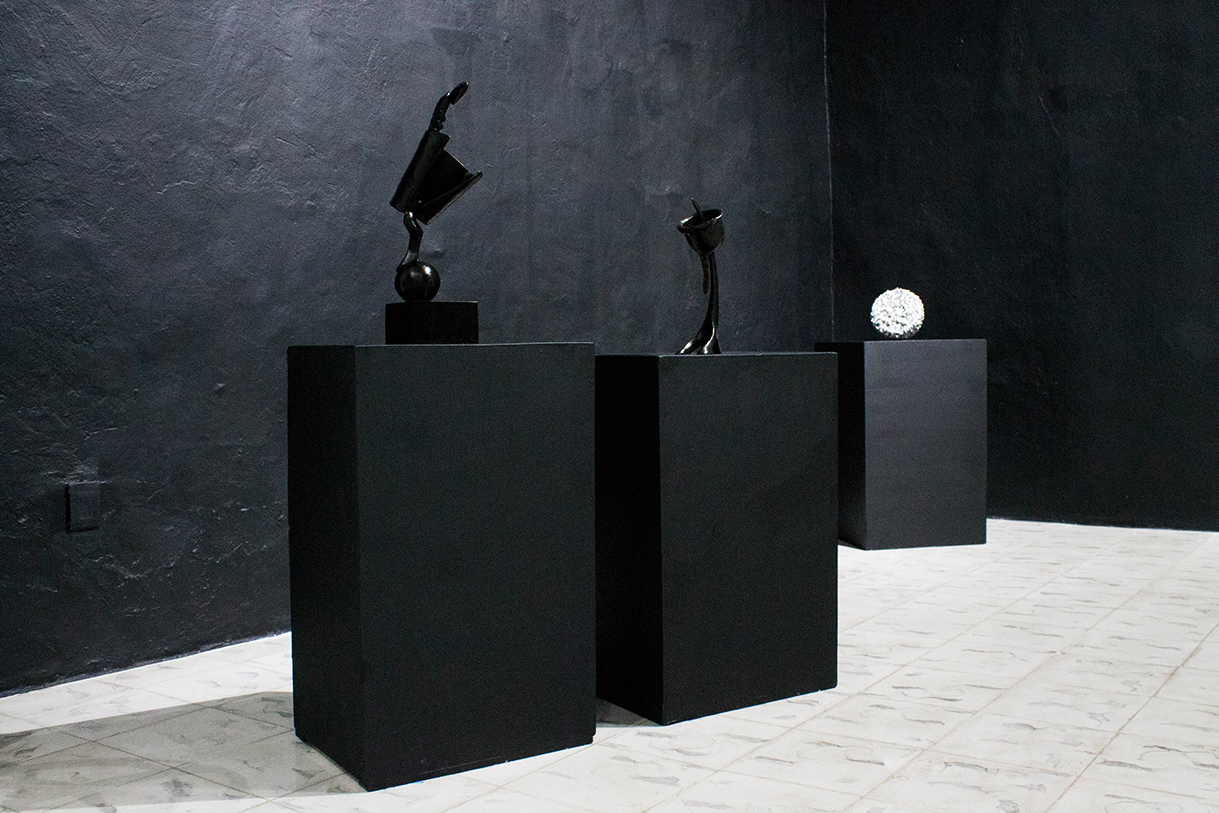 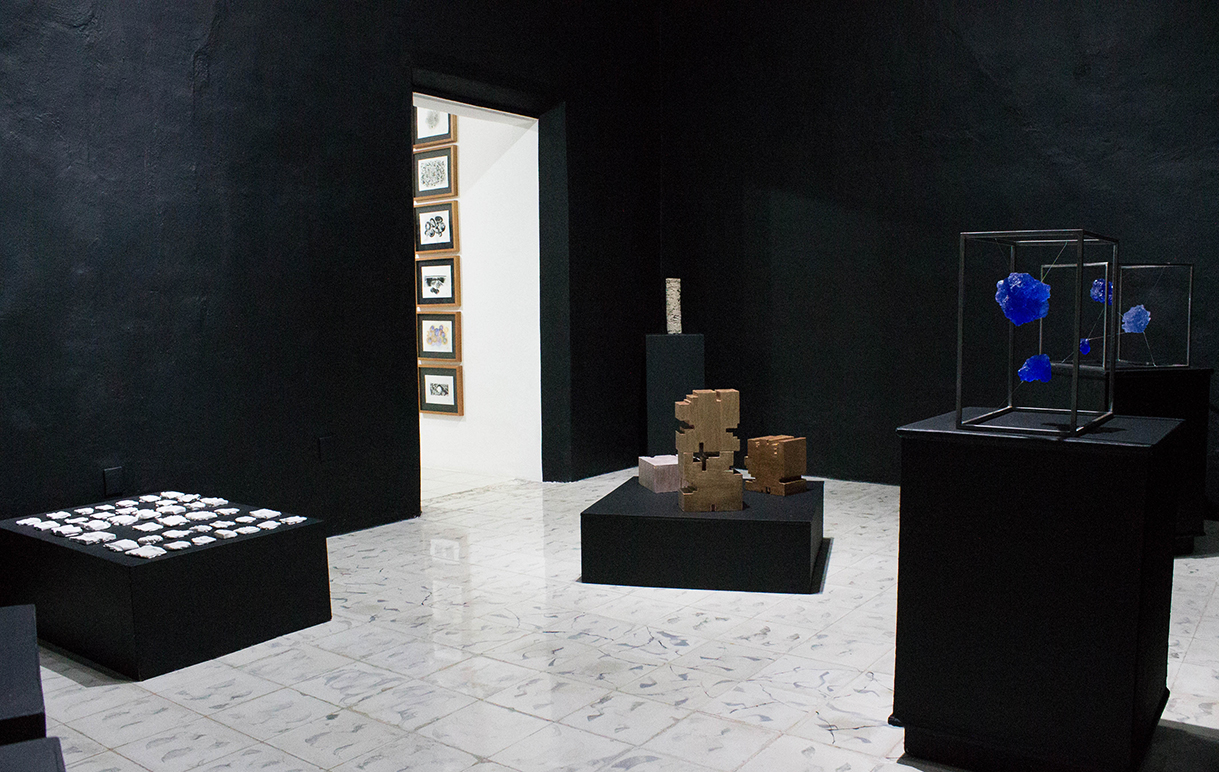 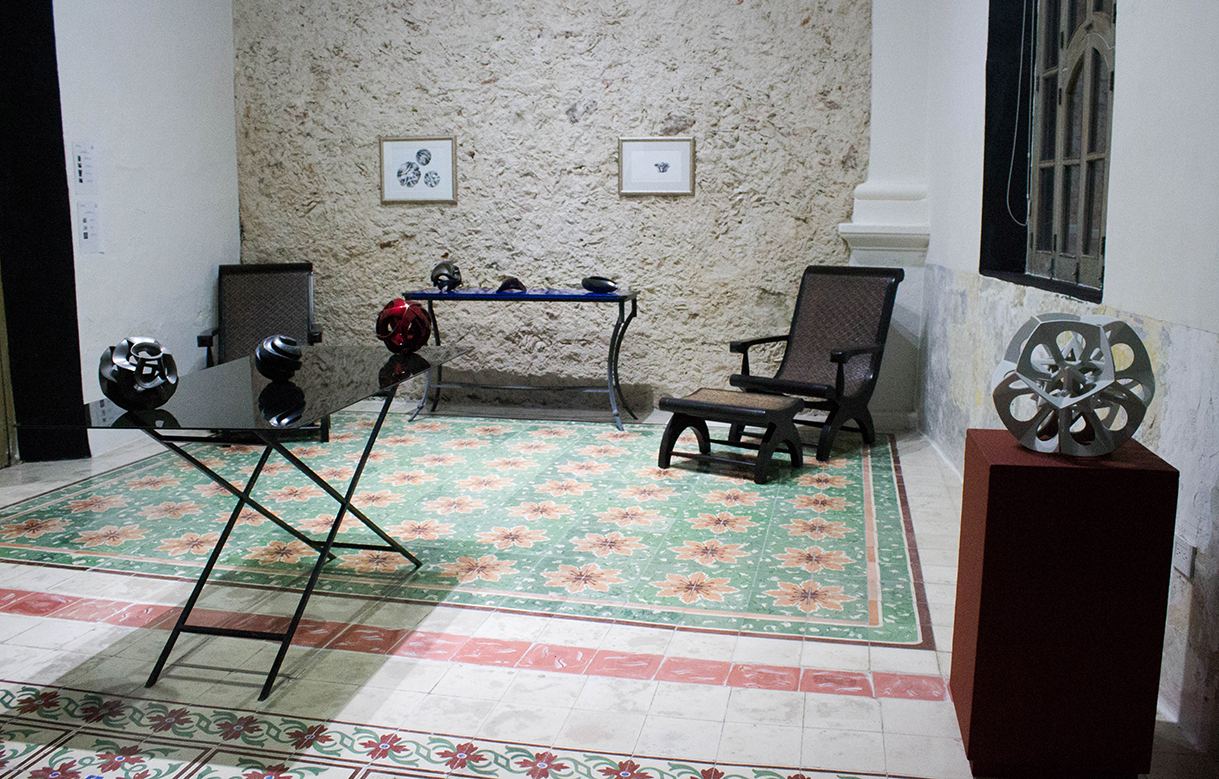 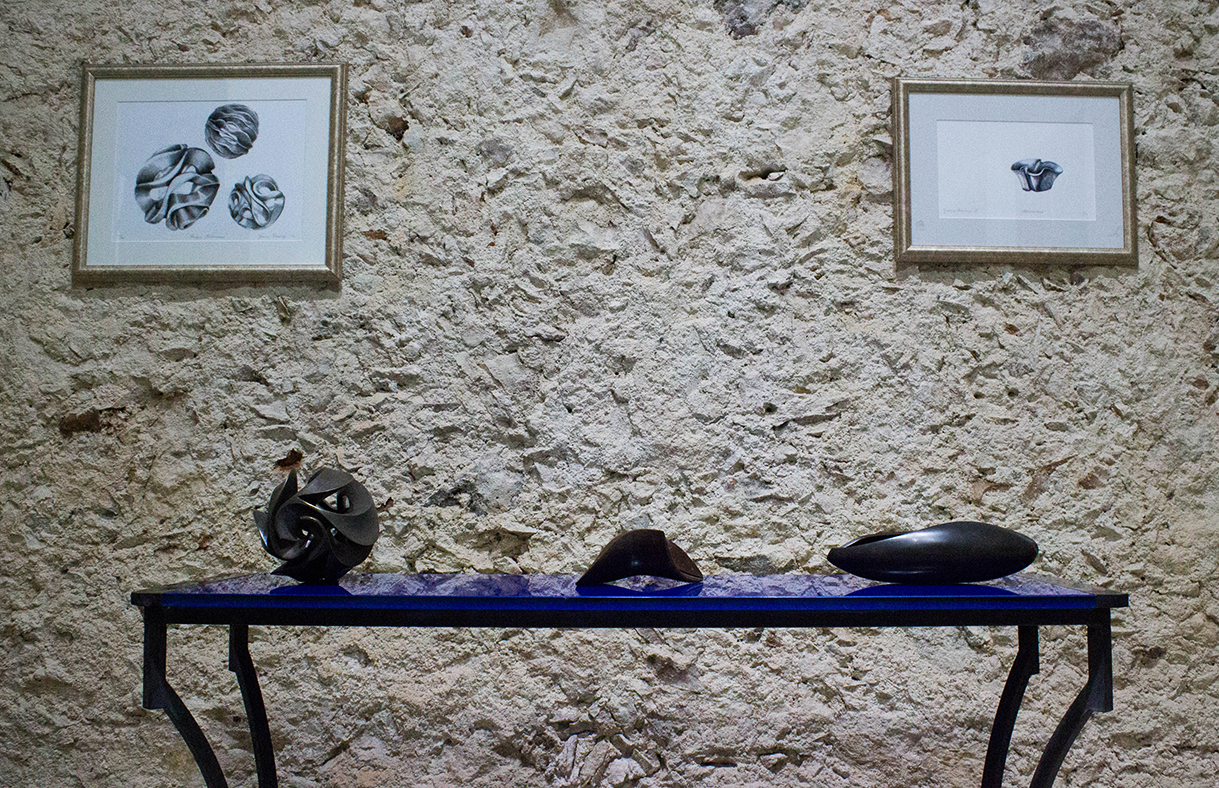 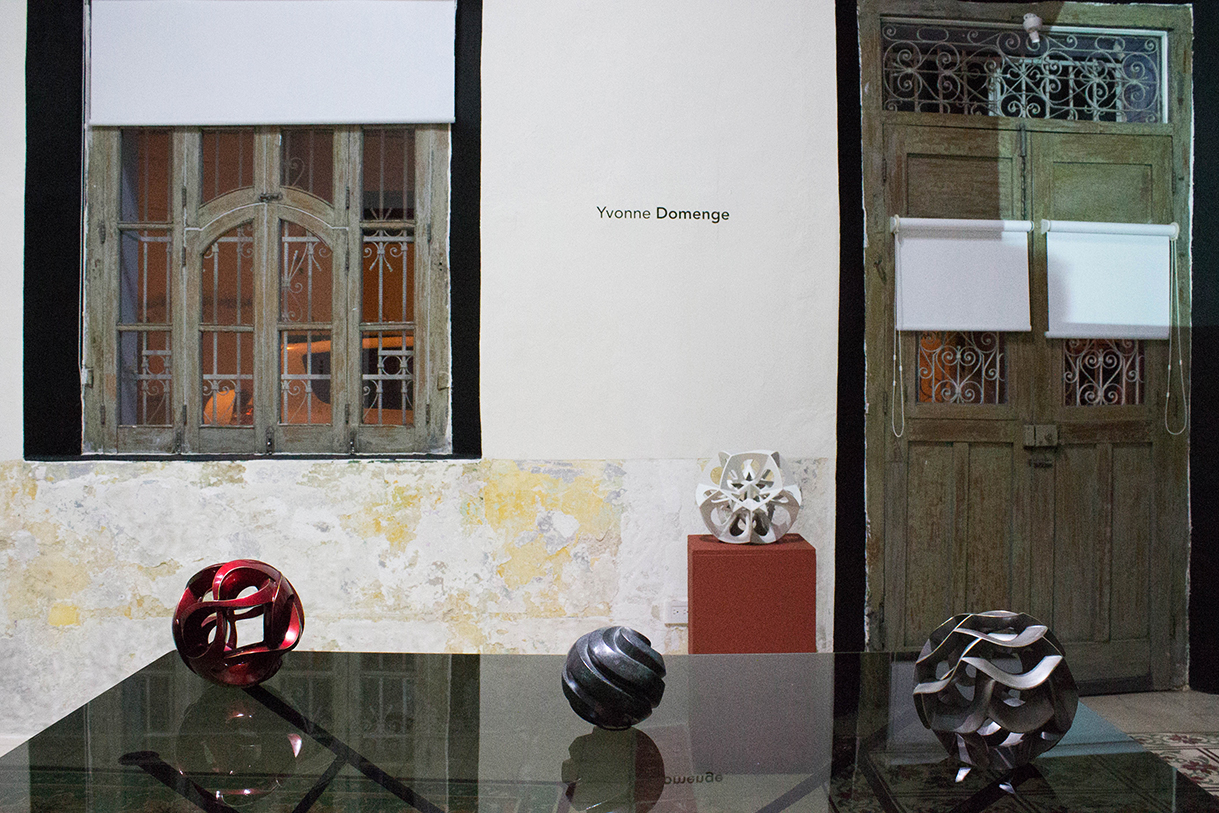 Although it is the fourth time that as a group we met in an exhibition project, this occasion is special. The affection and admiration for a great artist, and
the possibility of dialogue with her from our own production, are the reasons that led us to this sculptural adventure in the Cultural Center of the Dome of
the City of Merida.
Yvonne Domenge (1946-2019) was a leading figure in the national artistic scene, not only due to his technical excellence and formal innovation, but to
his outstanding presence in the public spaces of the city and his remarkable performance in different circuits of Prestige both national and international.
She was also a generous colleague and dear friend for which remembering her and activating her legacy are relevant tasks for us. To string together a
suitable ensemble, we have followed the same strategy as in previous installments, that of looking for points of contact between our tasks, although now,
adding a set of looks to the mirror that Yvonne’s work offers us.
In consensus, we consider that the notion of “origin”, recognizable in the work of the honoree and traceable in our production, worked for us to engage
and establish a polyphonic dialogue. Ideas expanded around the concept can be found in: the plant evolutions of Gerda Gruber, the cosmic maps of
Perla Krauze, the deterritorialized plants of Yolanda Paulsen, the frozen big-bangs of Beatriz Canfield, and even in the contained universes of Yvonne
Domenge.
It is possible to glimpse it mediated by materiality and gestures in the case of the rough cavities of Miriam Medrez and the imprints of Edna Pallares. Its
evocation may also be given by absence or hidden behind another appearance, thus, the varied plant inventions of Maribel Portela, Yolanda Gutiérrez,
Marina Láscaris, and even mine, reveal it to us through an urge for the appreciation of the natural environment.
The examination of the inert natural environment is relevant in the same direction and is suggested by both the mineral forms of Karen Perry, and the
transmuted sounds in Laura Rosete’s matter. As for the latter, matter, we know very well, those of us who have succumbed to the desire to taste it with
our hands, which is inherent in sculpture.
What we show here about it is its variability. Cement, fabric, paper, wood, ceramics, plastic, metals, and natural dried fruits, among other things, have
been molded, cast, crimped, built, carved, painted, drilled, and even spun. In Origin and matter we speak of Yvonne and with Yvonne at the same time
that we exalt the possibilities of matter to make a symbolic journey towards the original. Always aware, like her, that after the careful observation of the
world around us and subsequent artistic processing, there is the possibility of achieving what may seem impossible.
Aurora Noreña, February 2020