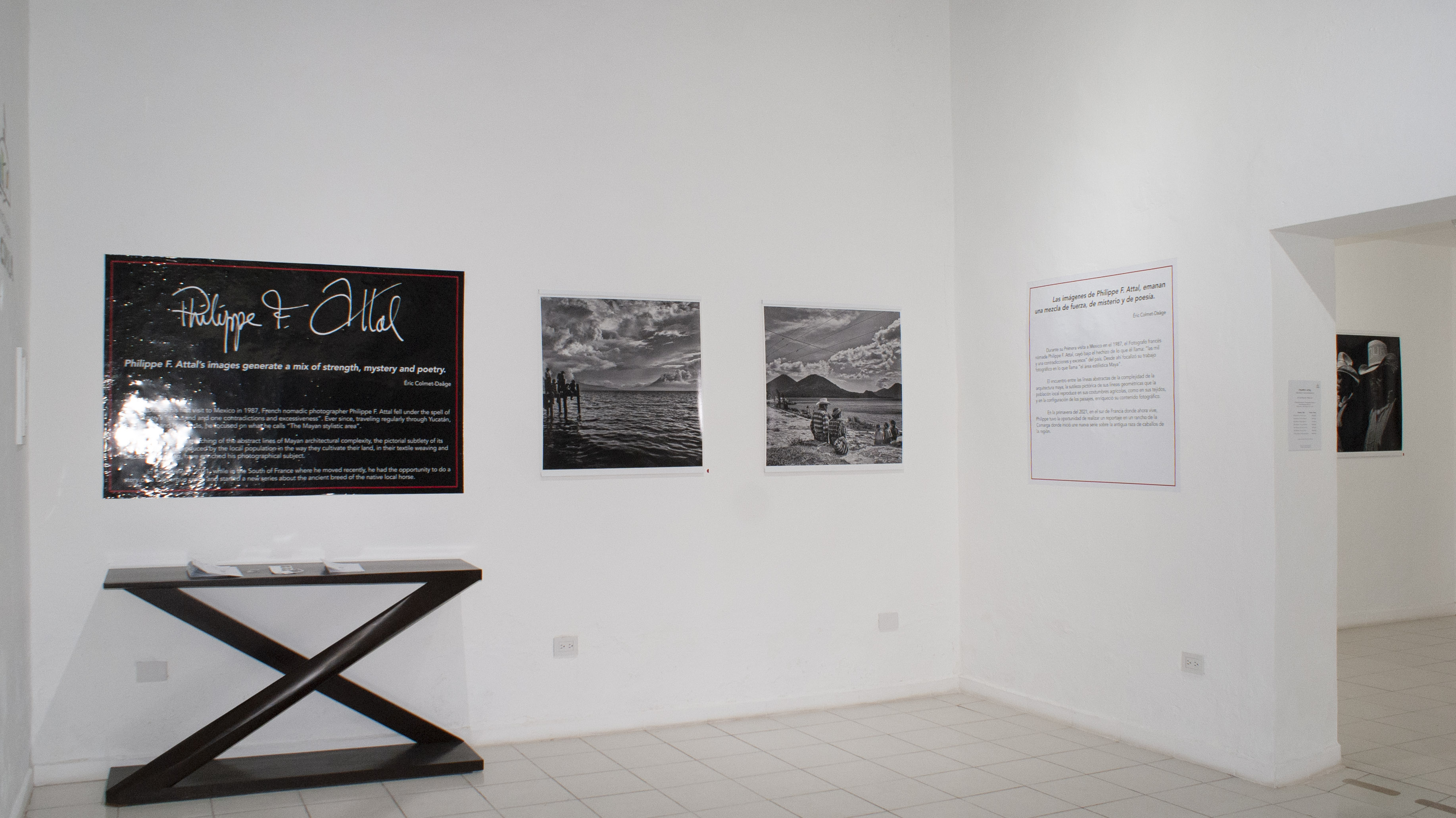 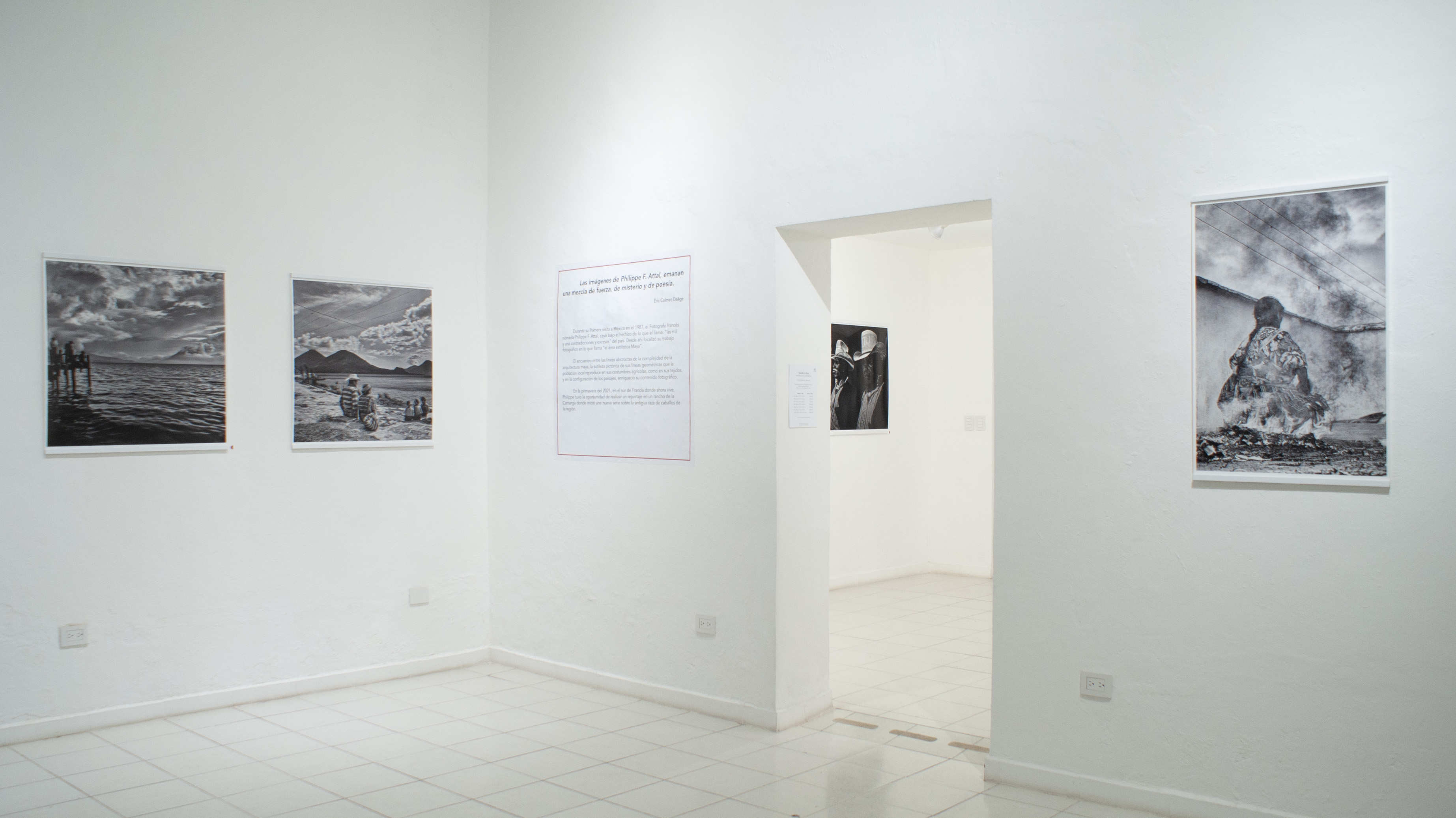 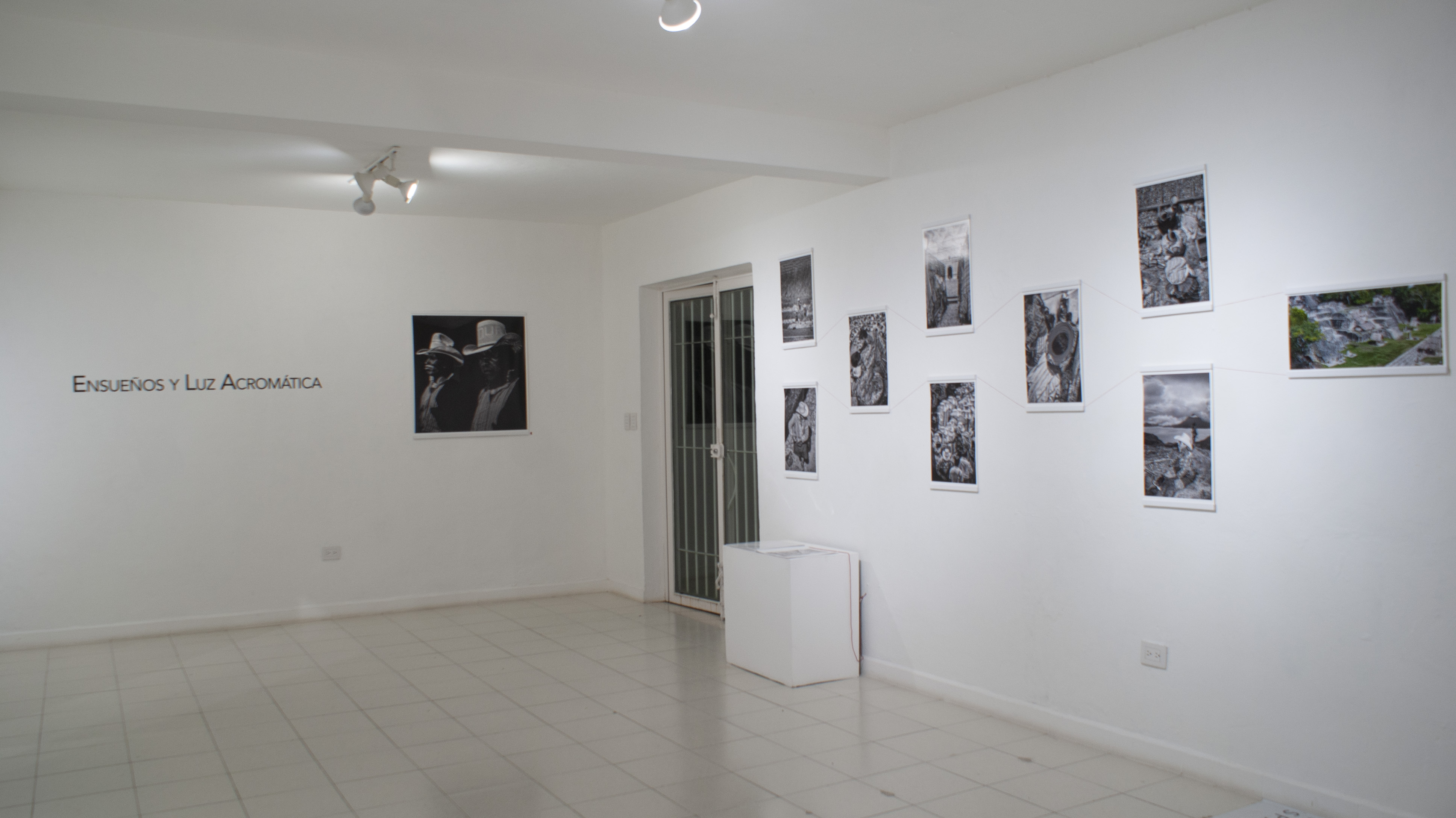 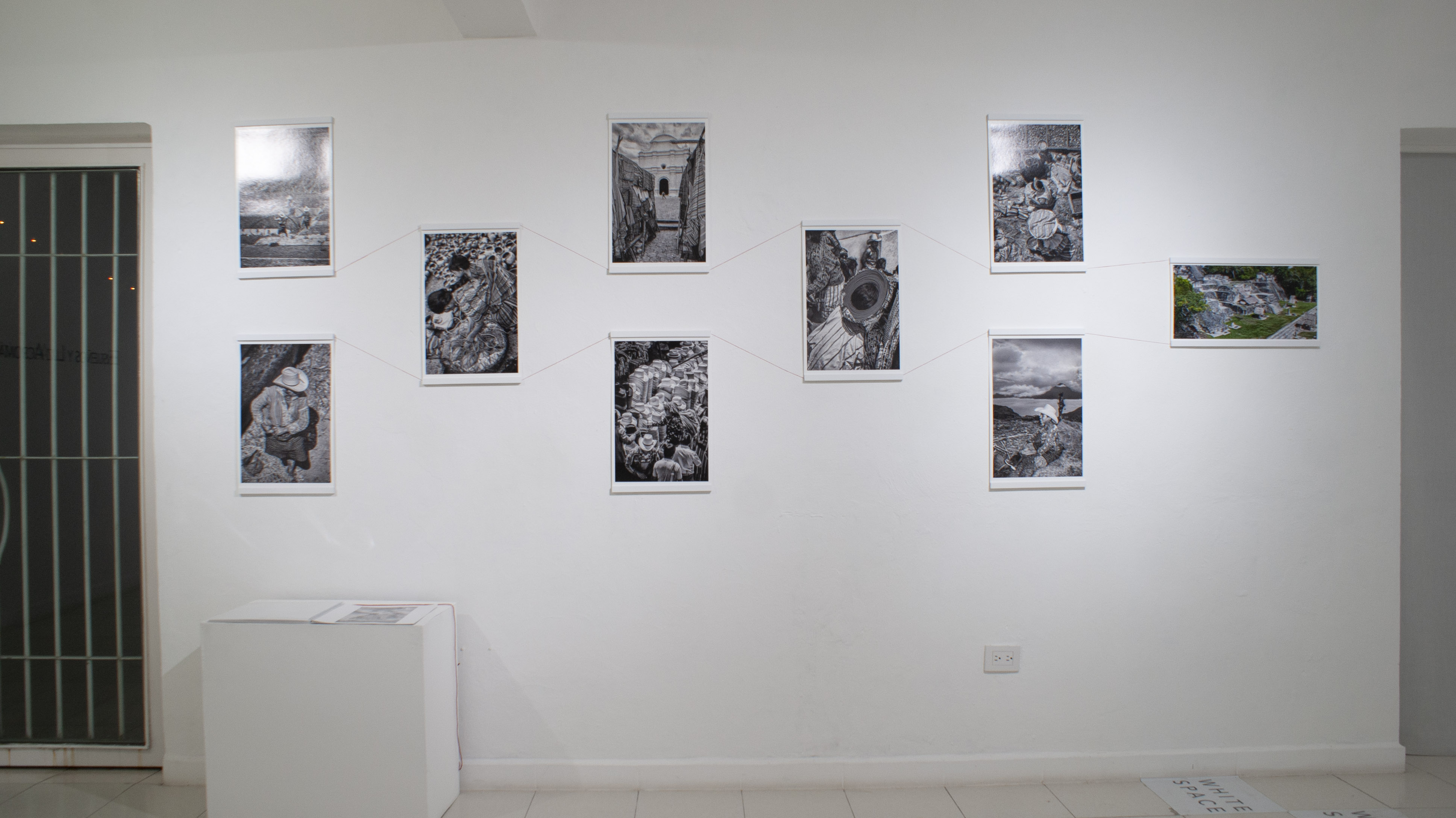 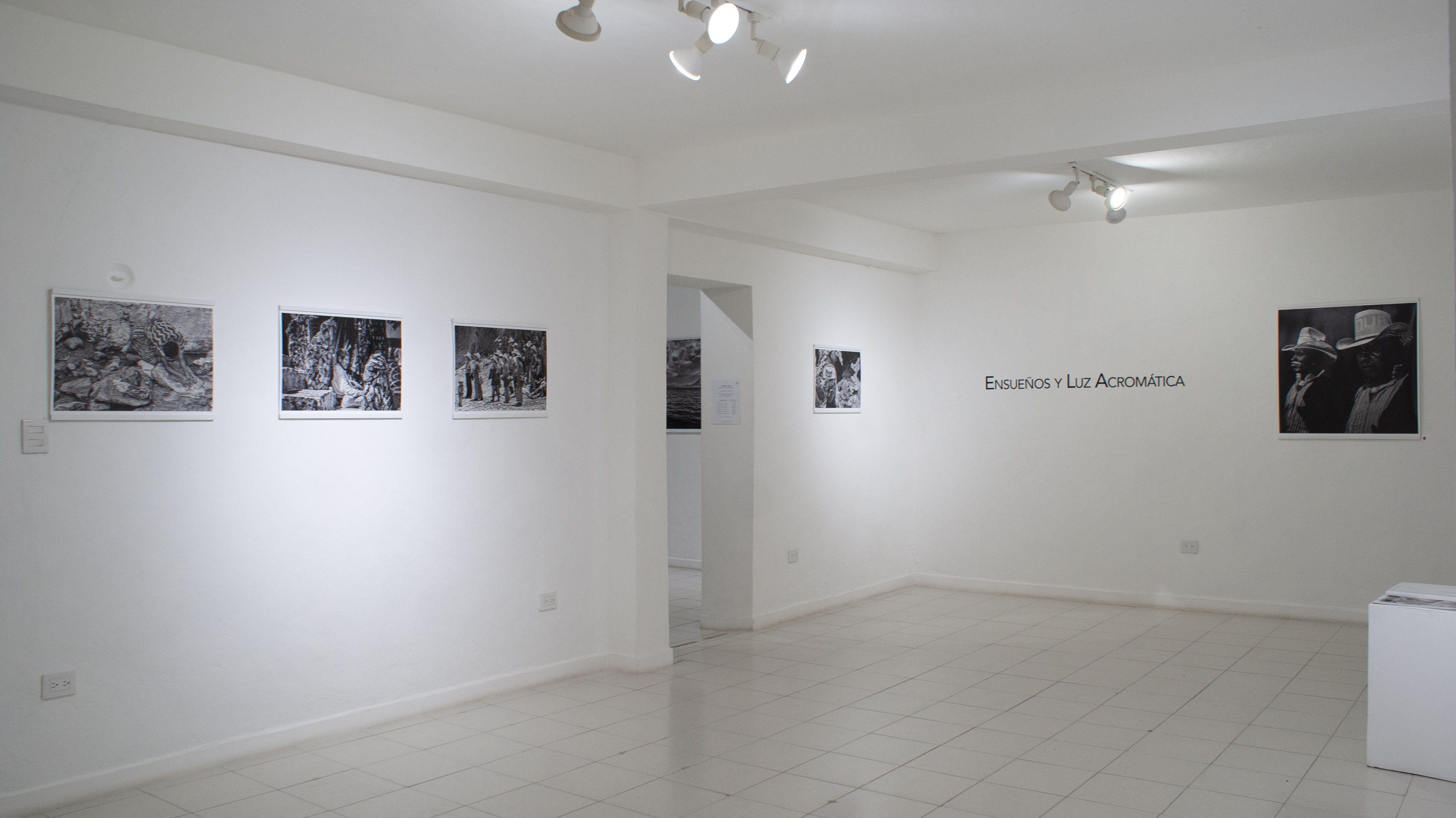 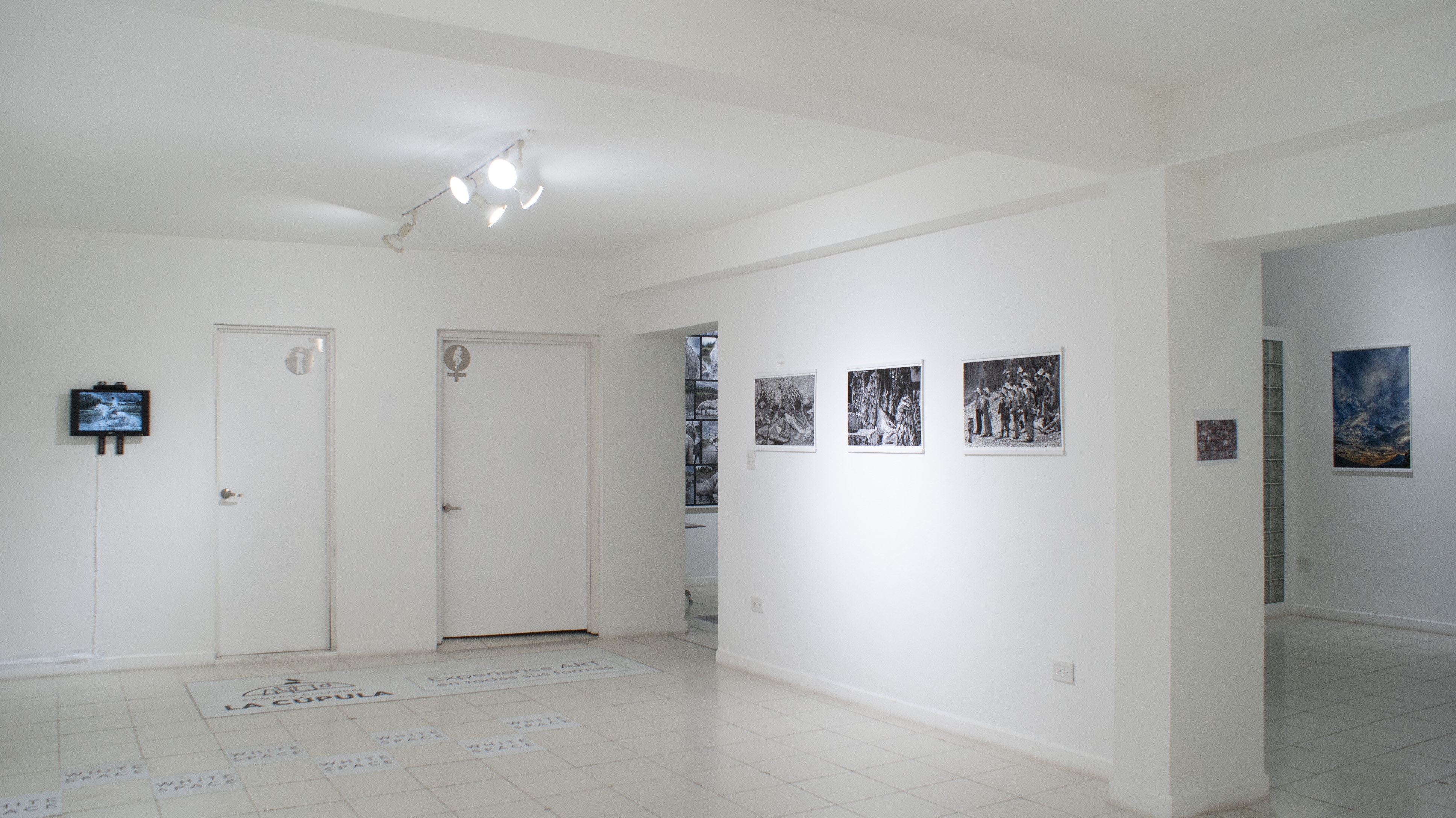 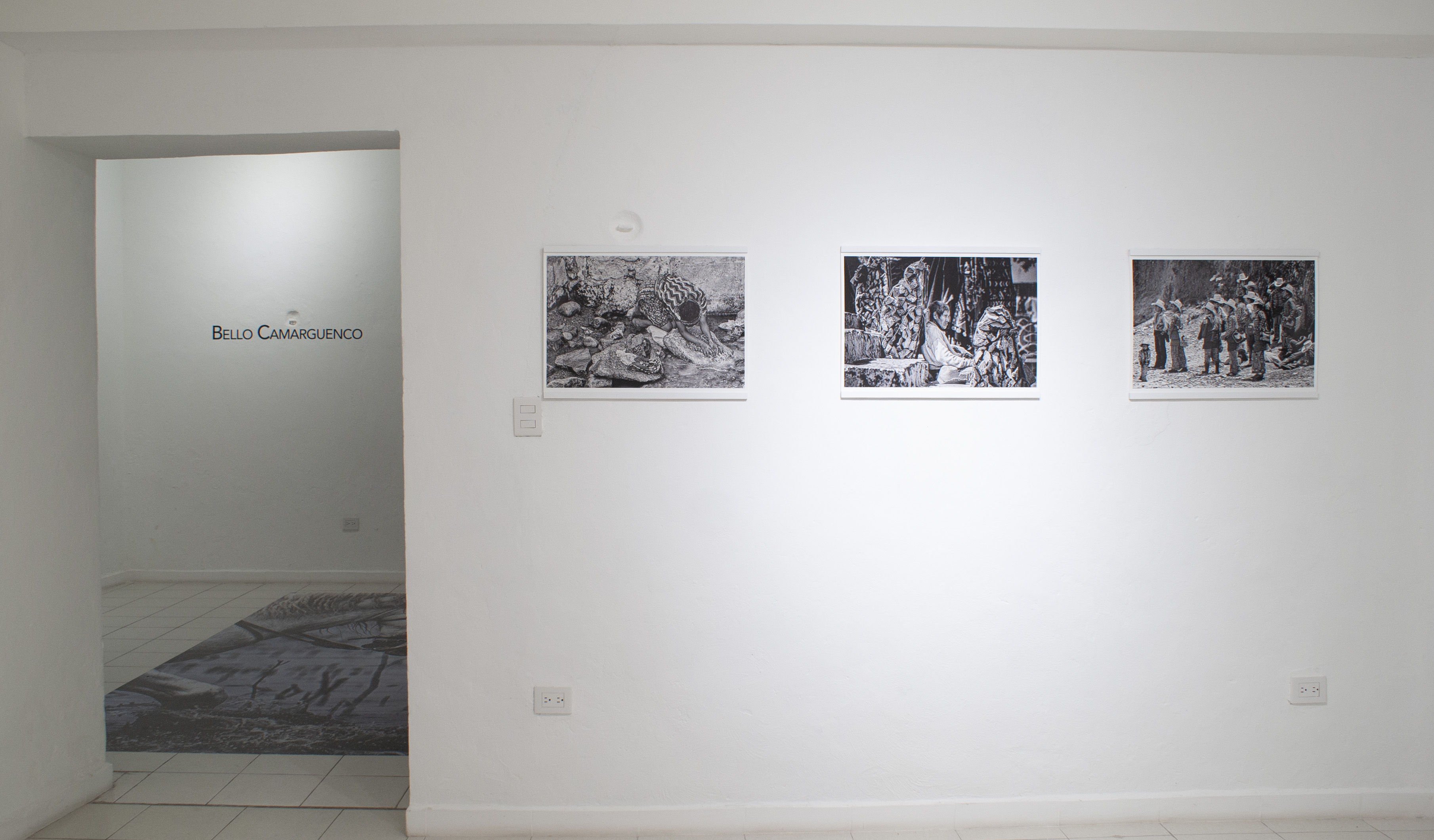 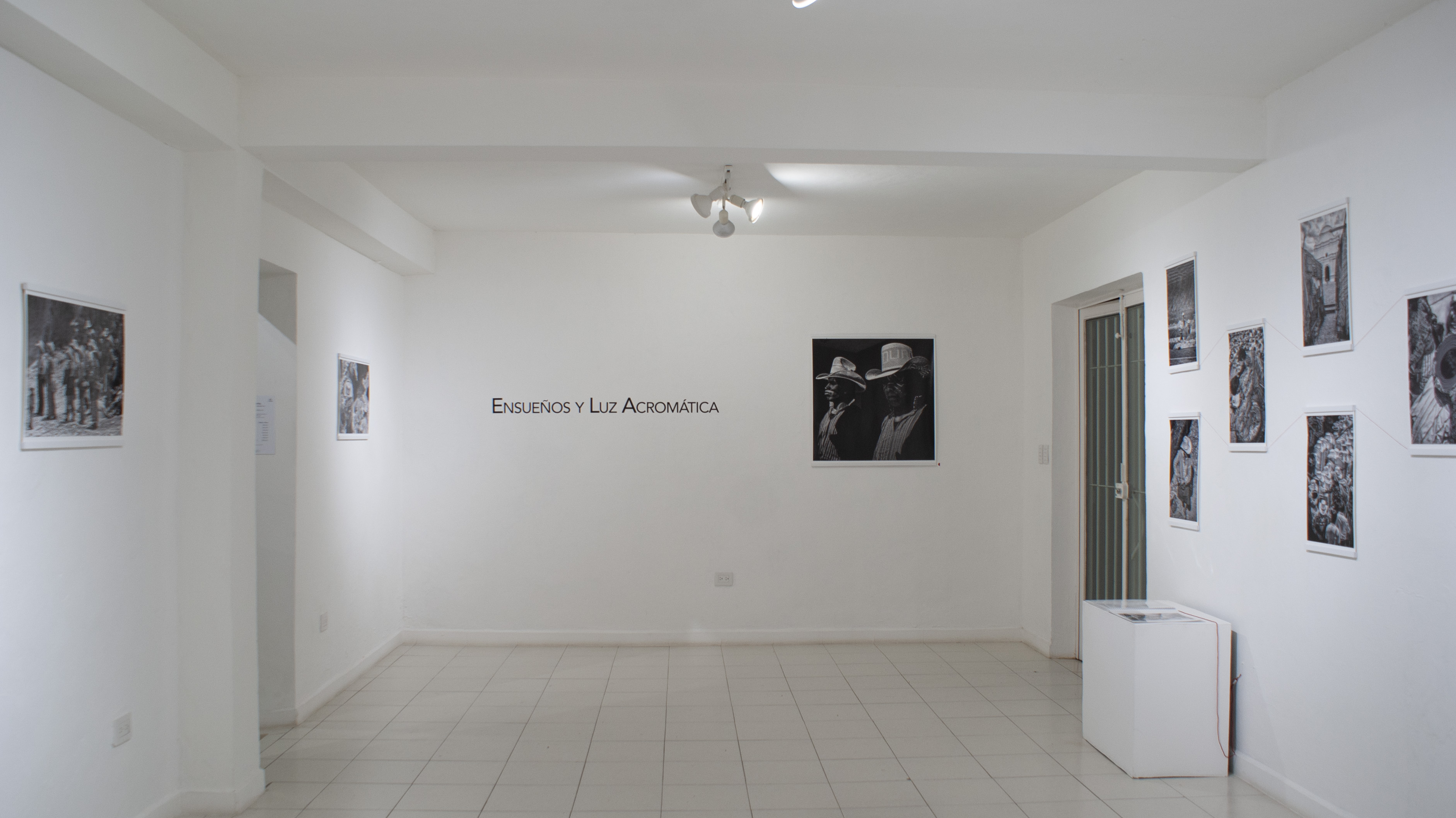 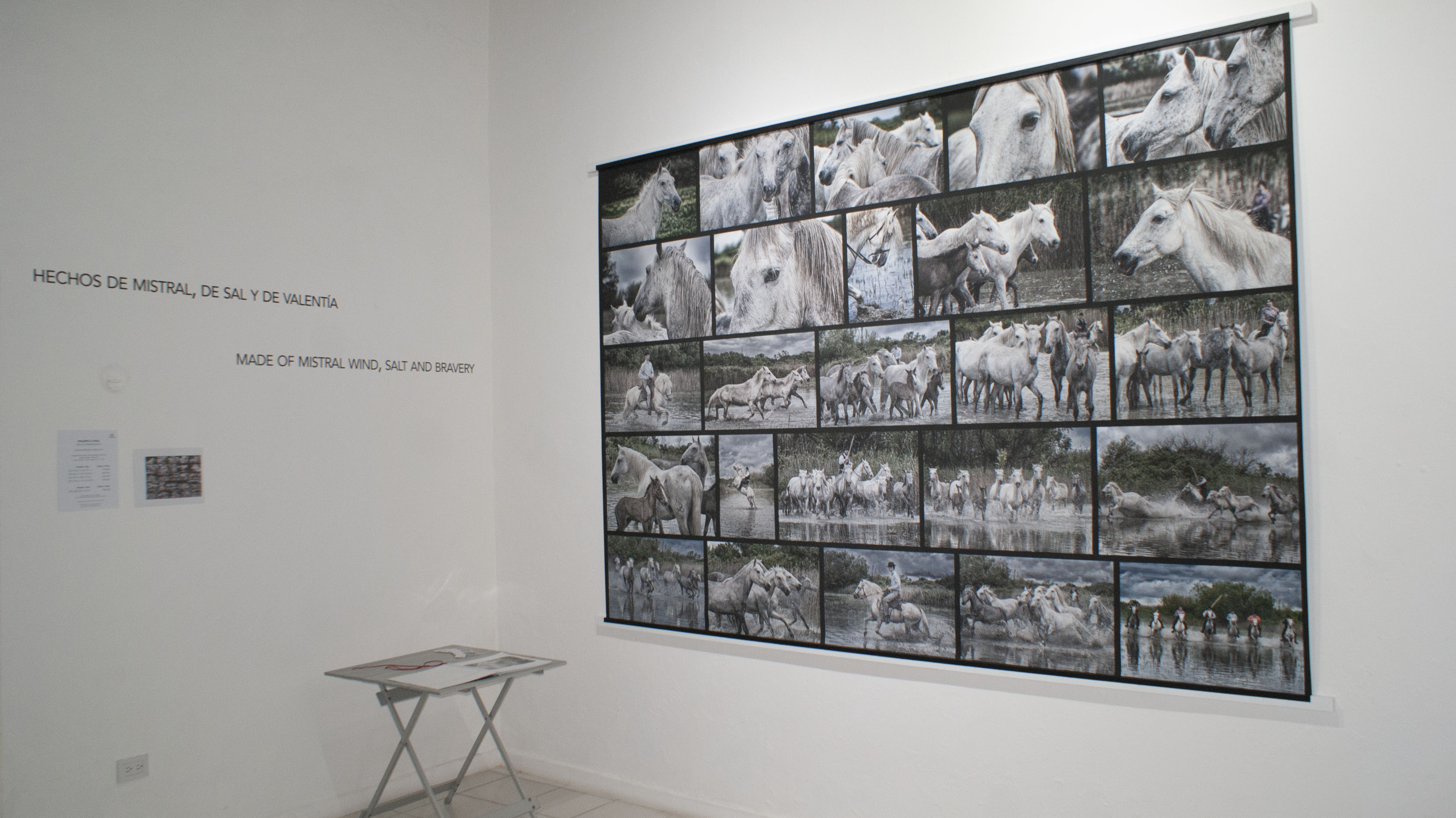 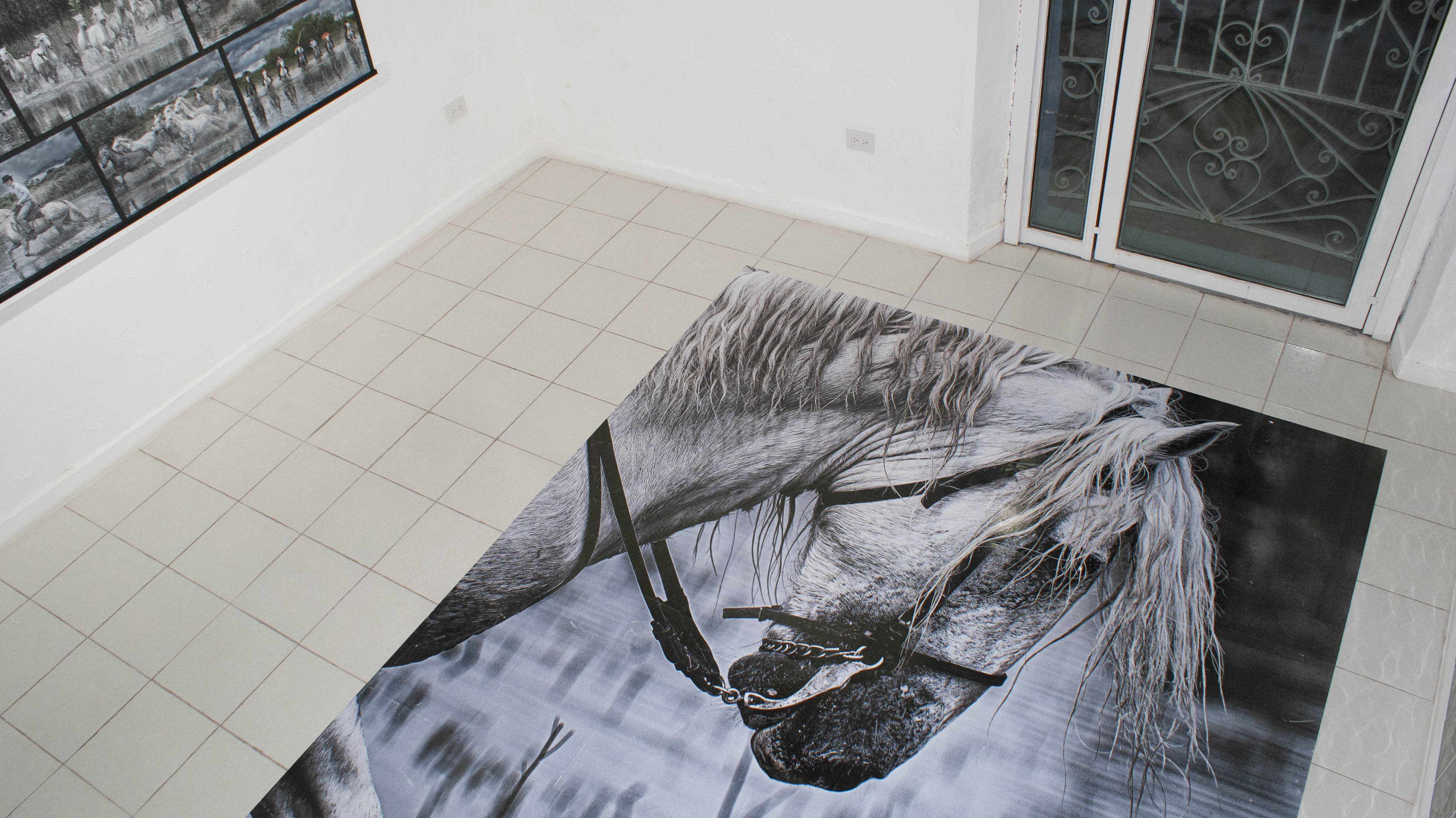 When angels came down to earth in Guatemala, 1990.

Collecting immediate data from reality; taking things and people from life as they present themselves in their candid spontaneity, those are the sources of my creation.

30 years ago, Guatemala was undoubtedly both an ethnographic and folkloric paradise. Even today, traveling by foot like the Mayans, allows us to find ourselves in the presence of the earth and of faces. In this country where shapes and colors combine like a melody and a counterpoint, “dreaming spaces” also appear. (1) The light is ideal at all times: the magical limpidity of the morning, dominates us through color; fever in the evening under a leaden sky, it creates a melancholic atmosphere that vanishes with the night.

My photographs, translated achromatically, are spontaneously built up around the bright and unique colours of the clothes which spring from the markets alleys, on the forecourt of the churches, in the roads and around them, to form real paintings, alive like nowhere else.

While it may seem strange to have chosen to treat this eminently colorful subject in monochrome, in fact, going to the essentials, Black and White defies time and fashion. The pictorial language conveyed by certain weavings indeed proceeds from a real mental subtlety: World on its own, the hat, an undeniable element of masculine elegance, perfectly integrates this ensemble. In its molded forms, where a sort of relationship between curves and lines of flight is drawn, does not the haughty hat sometimes recall the sacred headdresses? And, when I observe a huipil, I slip into a carefully structured labyrinth, where the figure expresses at the same time a story, a metaphor, a symbol. It is one of the main markers of ethnic identity and village affiliation as well as the status of women.

Invariably, I take pleasure in flowing my gaze from one motif to another, striving to find the hidden link that unites them and, for sure, rediscover the horizontal rhythmic of the superimposed layers, corresponding to the Mayan conception of the universe. The relationship I maintain, as a European photographer, with the indigenous Mesoamerican societies gives me direct contact with a reality at home unknown, or forever lost: all pasts (Indian, Spanish Catholic) and myths are there strangely perennial, rooted in different lands, drowned in a light so distinct from the European sky, giving a particular, fascinating mixture. This contact calls for complicity. Man’s connivance with matter.

Photography is on the life side, it is also on the side of this implicit metaphysics of the world, where we find the sacred together with the capture of light, the capture of time. Paul Cézanne said, speaking of painting: ”When color is at its richest, the form is at its fullness.” And as Jean-Claude Lemagny said, “When the silver grain is at its most accurate, the dream is at its truest”.

Horses made of mistral, salt and bravery.

Emblematic of the Rhône river delta, for centuries the Camargue horse has been living in swamps in a semi-wild state. In perfect harmony with the Mediterranean climat execs, nothing scares it. Violent winds, humidity, biting winter cold, summer heavy heat and insects… its strength, its silver grey coat, its expressive eyes and pretty white coller “Crin Blanc” have nourished legends and movies.

From ancient times, writings attest of its existence. Paleontologists spot traces of its ancestors on the rupestral painting of the Lascaux caves. The tiny Camargue horse has been long used for agricultural and pastoral activities, including crushing of the harvest. Pack and war horse until the XIIth century, and after that became the faithful companion of the “Gardian” – local cowboys. Nowadays it is considered an active player in the Camargue ecosystem, enabling the maintenance and conservancy of the wetlands. The Camargue horse il also honored during traditional local festivities, always mounted by a “Gardian”. A small size horse (less than 1m50 at the withers), a perfect saddled, it can be ridden by both, children and adults. Sturdy and light at the same time, capable of a variety of disciplines, a docile and strong horse that surprises one by its mix of calm and reactivity nature ; this duality being a real asset.

The foal is born black, brown or heavy grey. Up to the age of fife, it will clear up, first around the eyes and the nose, evolving constantly, turning silver grey at adult age. A peculiar coat among primitive horses as other wild horses are generally red or black, having a gene for either of these pigments.

The Camargue horse is often seen caring a low back and yet upfront neck, in a protecting attitude against the humide Mistral of its native Camargue, adopting this attitude in order to avoid wind penetration in its nostrils.

Since the turn of the century, the use of Camargue horse is growing among ridding and leisure sports. Yet, no doubt its favorite activity is Camargue ridding, a traditional and cultural disciple pointing out its remarquable speed, reactivity, handleability, and last but not least, its cow sense.