In 2004 he was admitted to the new School of Arts of Yucatan where he graduated as first generation in 2009. There, he had mentors who would forge his character, vision and technique, such as Mónica Castillo (Mexico), Jean Charles Pigeau (France), Gerda Gruber (Germany), Edgardo Ganado Kim (Mexico), Ralph Walter (Germany), Saúl Villa (Mexico), Bea Schlingelhoff (Germany) and Juana Alicia Montoya (USA). With the latter and a couple of other colleagues, he did the ESAY mural in the old Mérida Train station. He attended painting workshops with Israel León (Cuba) and Gustavo Monroy (Mexico). Since 2001 he has participated in more than 40 collective exhibitions and 3 individual exhibitions. He was a founding member of La Periferia, a center of production, research and cultural outreach that was the first of its kind in the area. In the publishing field, he has worked in illustration for books, and has collaborated with publications such as Replica21, Ornitorrinco and El Contenedor. Since 2006 he has been teaching visual arts courses in private schools. He has collaborated with film producers in art direction for The Discovery Channel and the Federal Government. His return to mural painting was in Chablé Resorts hotels (Chocholá, Yucatán, 2017) and Chablé Maroma (Punta Maroma, Quintana Roo, 2018) located in the middle of the Mayan jungle. 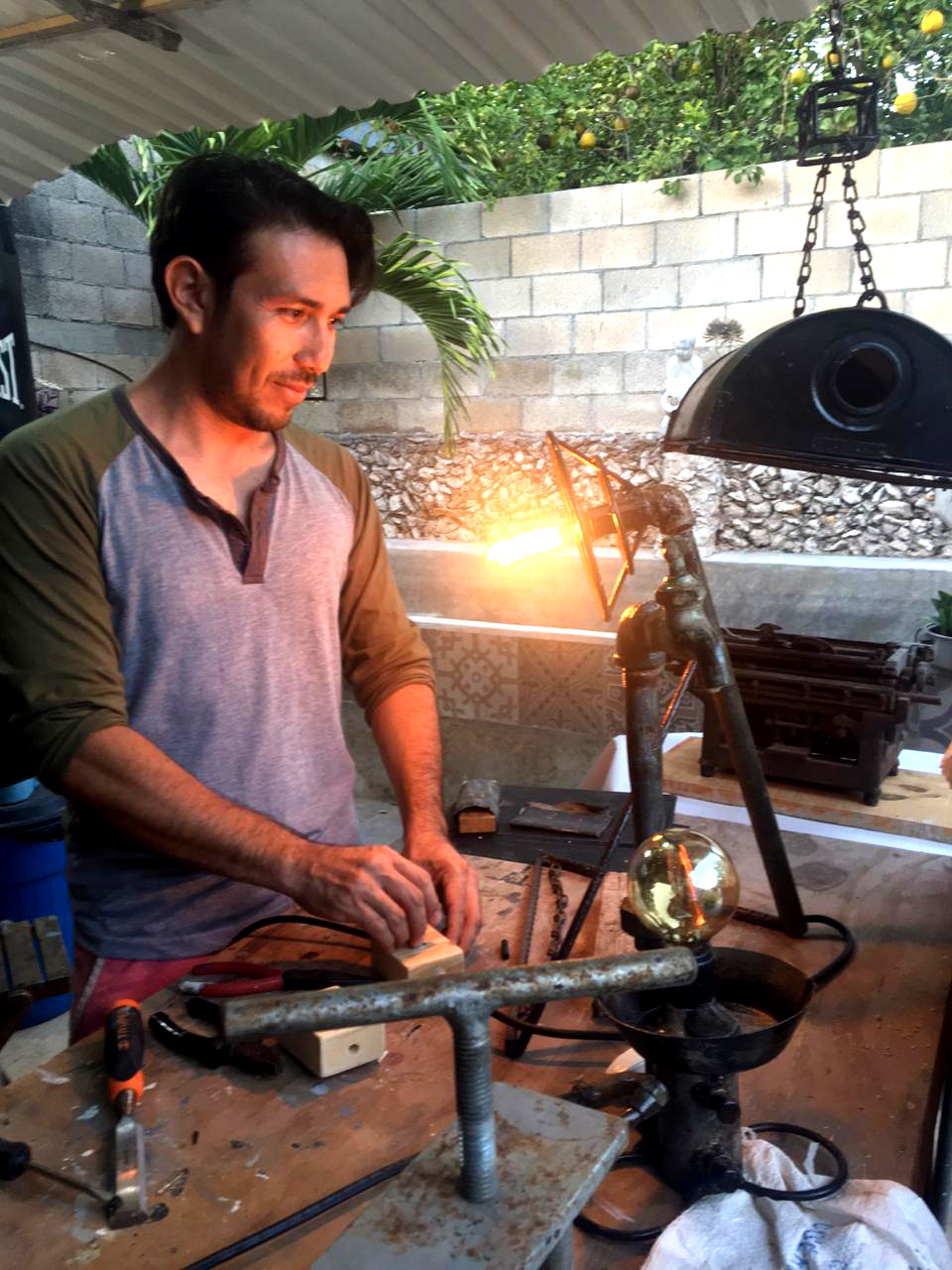