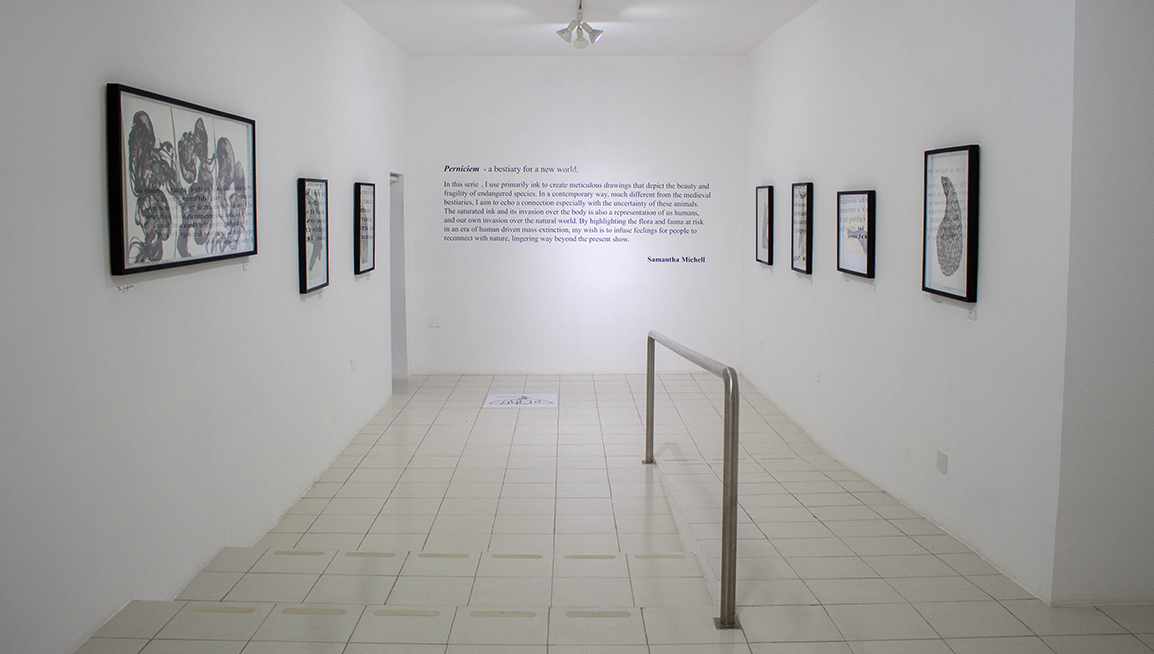 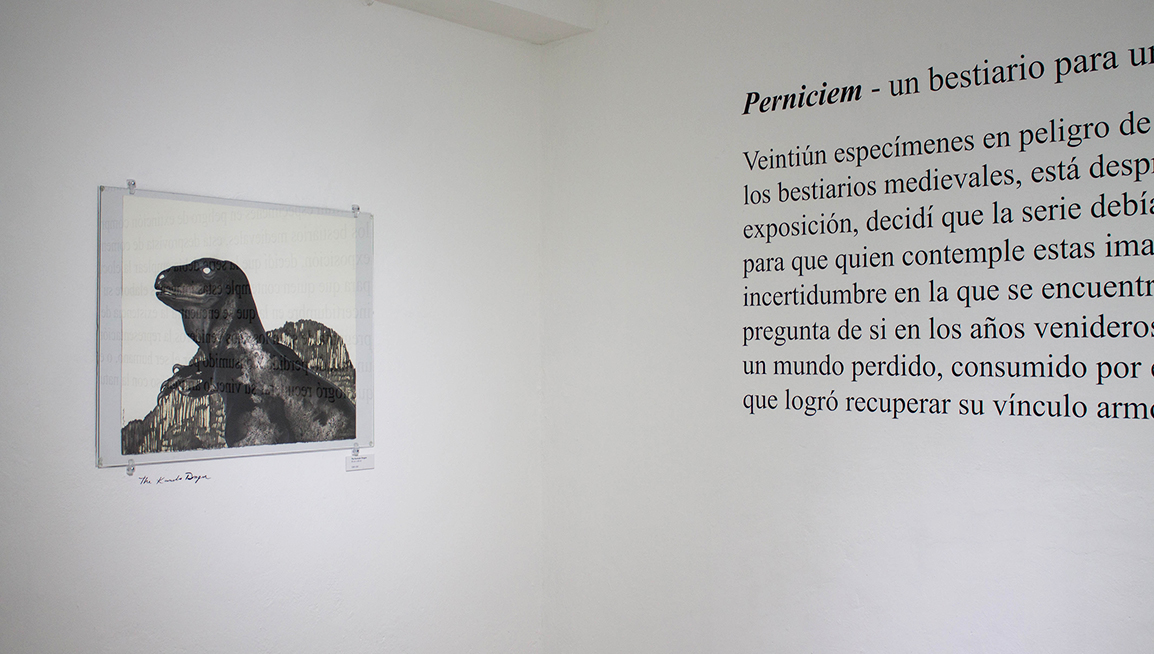 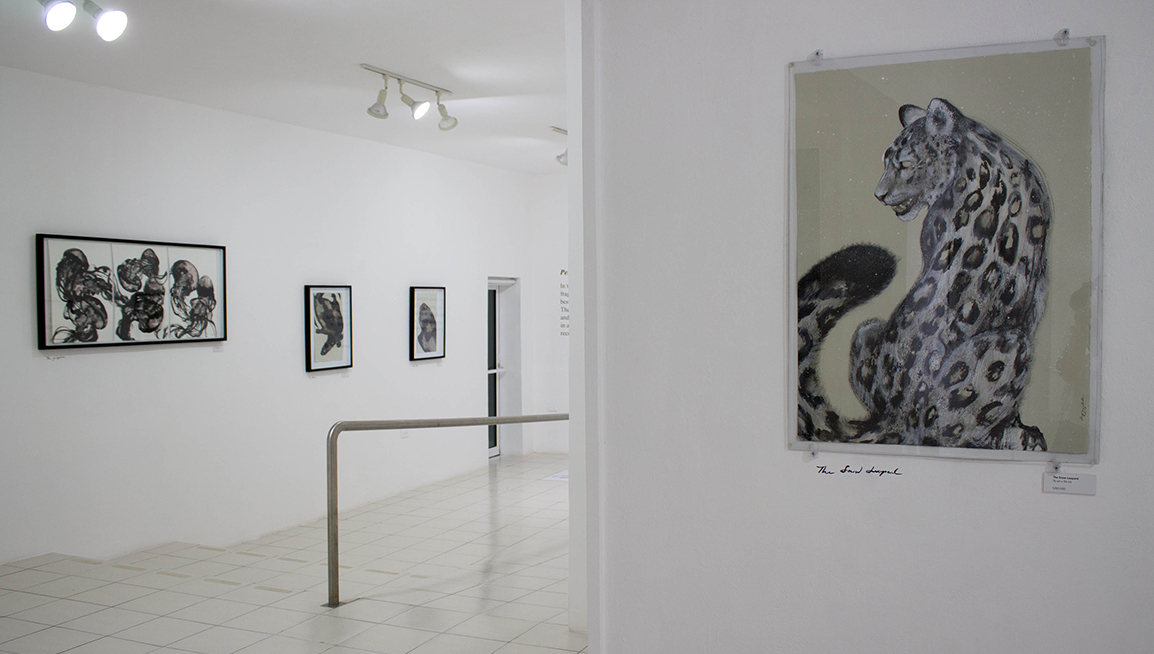 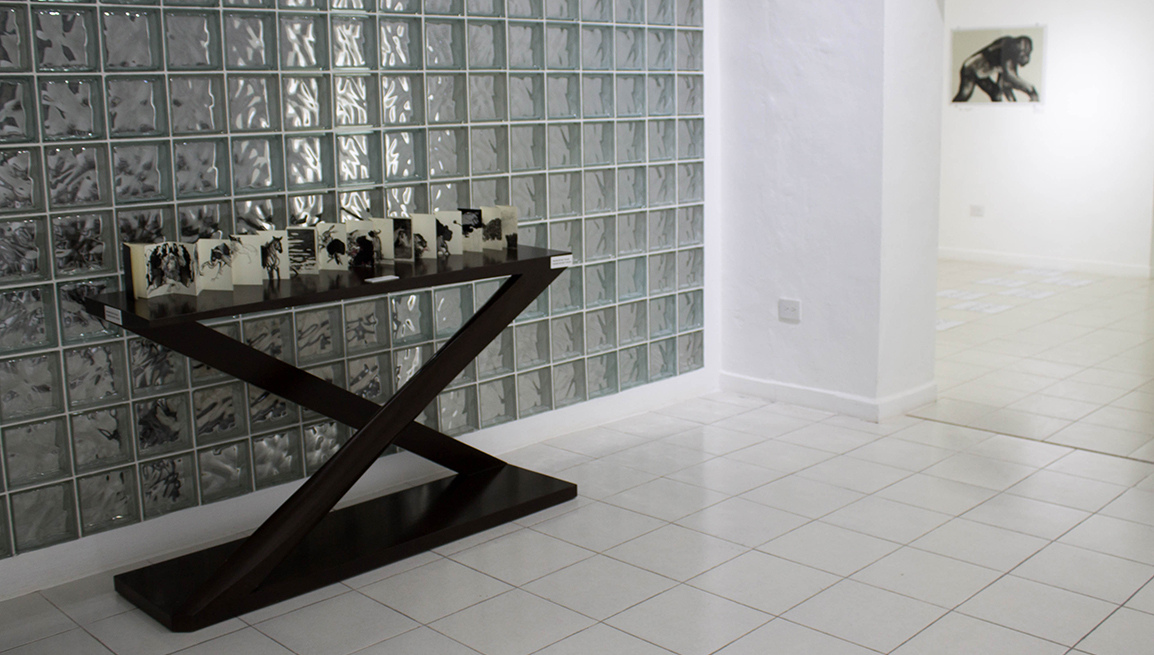 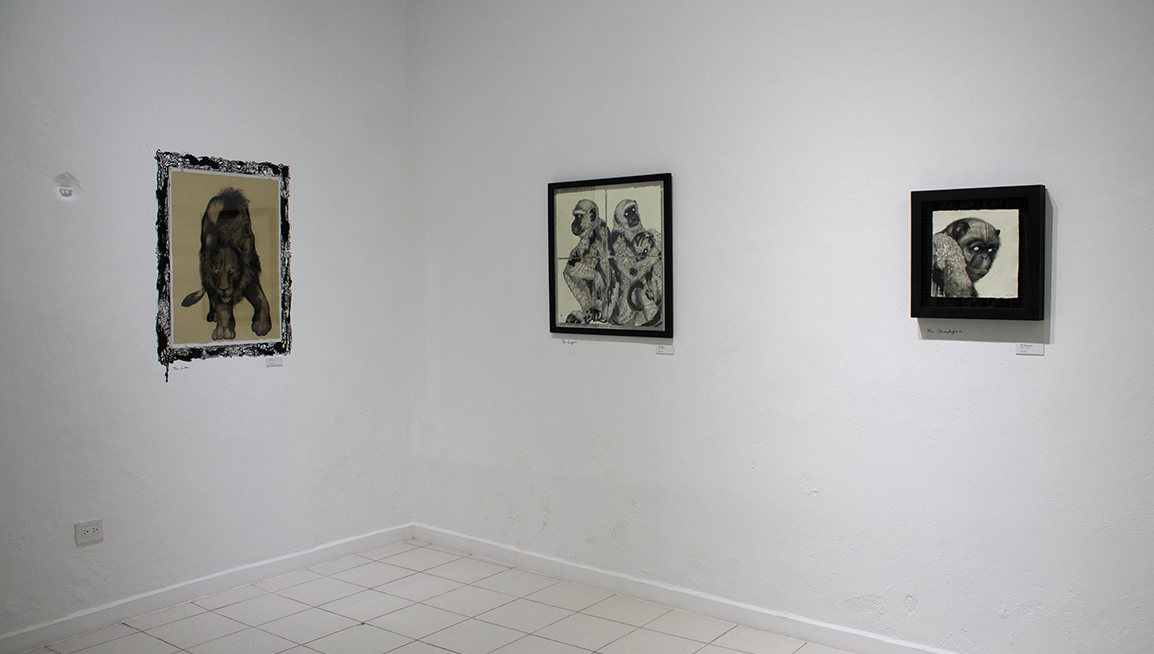 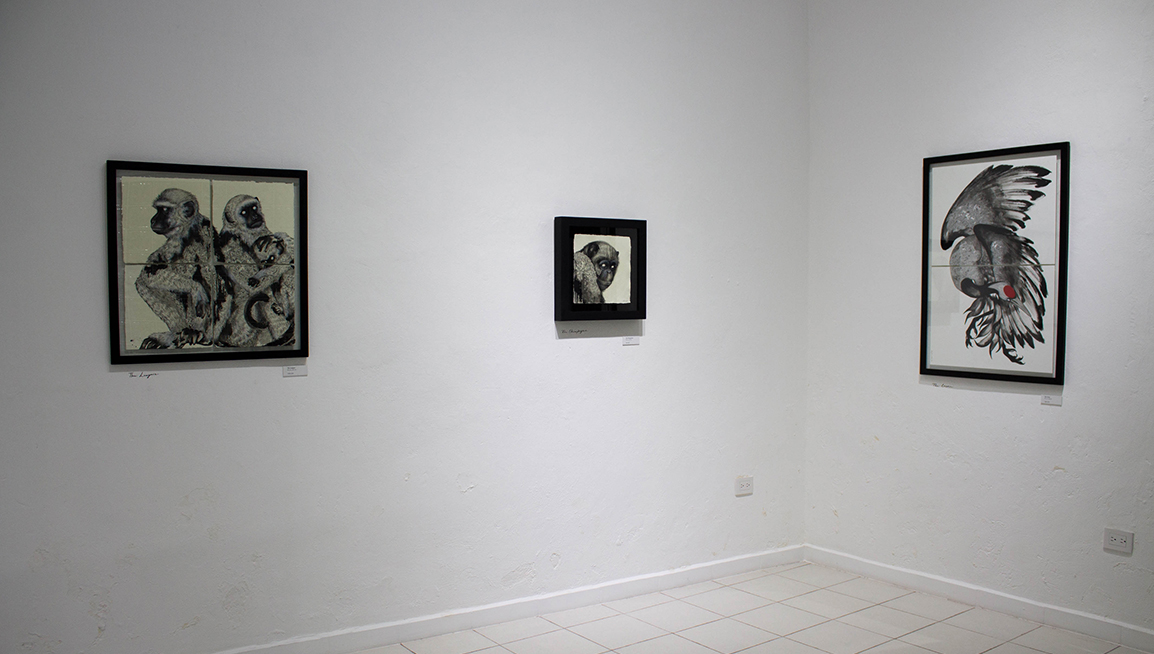 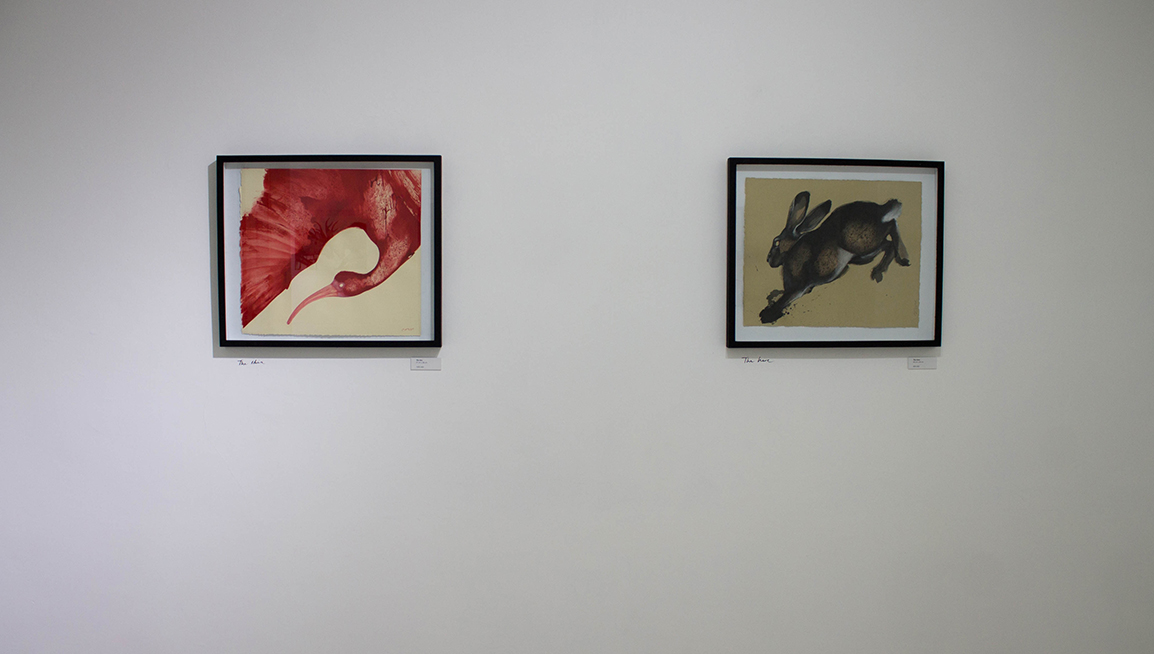 «In this series, I use primarily ink to create meticulous drawings that depict the beauty and fragility of endangered species». In a contemporary way, much different from the medieval bestiaries, she aims to echo a connection with these animals. The saturated ink and its invasion over the body is also a representation of us humans, and our own invasion over the natural world. By highlighting the flora and fauna at risk in an era of human driven mass extinction, the artist wishes to infuse feelings for people to defend the preservation of the natural world, lingering way beyond the present show.

Twenty one endangered species comprise this series, that in a different way from bestiaries from the past, is devoid of religious or moral outlooks. For this exhibition, i decided to employ the eloquence of ample silences and wide gaps, so anyone who contemplates this images can elaborate their own meditation around the uncertainty of this animal’s existence. This series puts a question into the table, if in the next years the representation of this ‘beasts’ will be the memory of a lost word consumed by the human being o will it be a homage for a new word, one that got back it’s loving connection with nature.